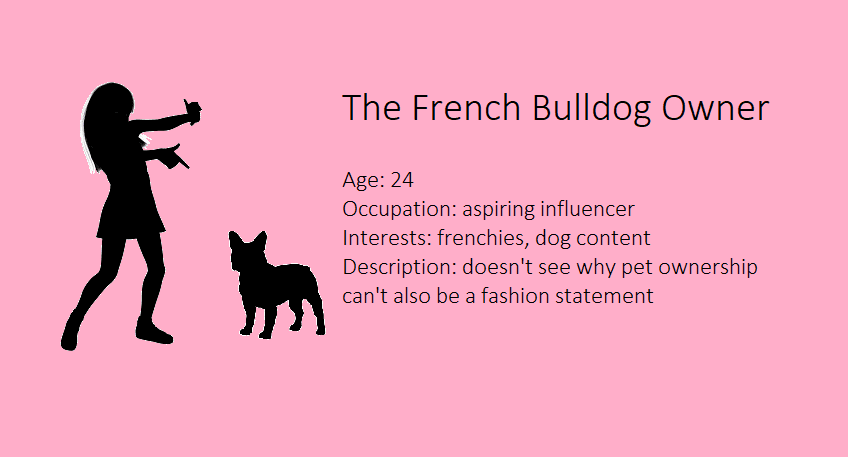 People buy a dog for all sorts of reasons. Some need company, some need assistance and some people need a serious engagement bump on their socials as the lack of international holidays has put their influencing game into a death spiral.

Tamara, naturally, is in the latter category and used $6k of her early super withdrawal to purchase her little furry ticket to sponsorship town. She named the litter feller Mac after her most desired corporate sponsor.

Naming the dog after a cosmetics company turned out to be very fitting as his presence in her insta-shoots seemingly improved her appearance. She was yielding far more likes and useless emoji-comments. Is this what love feels like?

Behind the lens, however, life was beginning to paint a different picture of the pair’s union. There wasn’t a filter in the world that could hide Tamara’s ever-diminishing mental state. She hadn’t slept for 3 days due to Mac’s relentless snoring.

For a little creature, Mac produced noises that sounded like Wookie and Humphrey Bear taking turns trying to suck the grease out of a churning chainsaw. Mac made the noises coming from an overweight truck driver with sleep apnea sound like beautiful lullabies.

Naturally, Tamara had raised Mac like a human so the idea of making her “fur baby” sleep in another room was out of the question. No, Tamara just accepted that it was her fate to walk the earth in a perpetual state of sleep deprivation.

Exercising her award-winning judgment, Tamara decides a photo of Mac and herself eating spaghetti at a nice Italian restaurant would “win the internet”.

She sits in the alfresco area with Mac and orders lunch for one. In the interim, she tries to get Mac to sit humanly on the chair across from her. Of course, being an untrained dog, he’d much rather give his red rocket a polish on the floor.

When the spaghetti comes out, Tamara gets to work creating her shot. Luckily the addition of food on the table has got Mac a little more interested in sitting on the chair. She barks orders at her latest boyfriend of Insta who has been hovering in the distance with a camera.

No one really knew what the fark she was thinking when she puts a single spaghetto up to the dog’s mouth. However, to the disgust of onlookers, Mac jumped up onto the table and started snout-stuffing that pasta like Pavarotti after completing the 40-hour famine.

By the time a waiter has rushed out to tell Tamra to get that farkin’ dog off their table, Mac had already kicked 2 glasses off the table and left the table looking like Elmo just detonated a bomb vest.

This is arguably more embarrassing than last week when Tamara told a cafe that Mac would be sending his dogacino back because it wasn’t made right. To make matters worse, her soon to be ex didn’t get a single salvable photo from the event.

To make herself feel better about today’s fail she uploaded a video to her OnlyFans account. To her surprise, the small cameo of Mac dragging his anoos across her carpet is a real crowd pleaser and she gets twice the tips.

It’s all so clear now. She knows what she must do – an OnlyFans account for Mac. It’s not creepy when you’re living in 3030, losers.