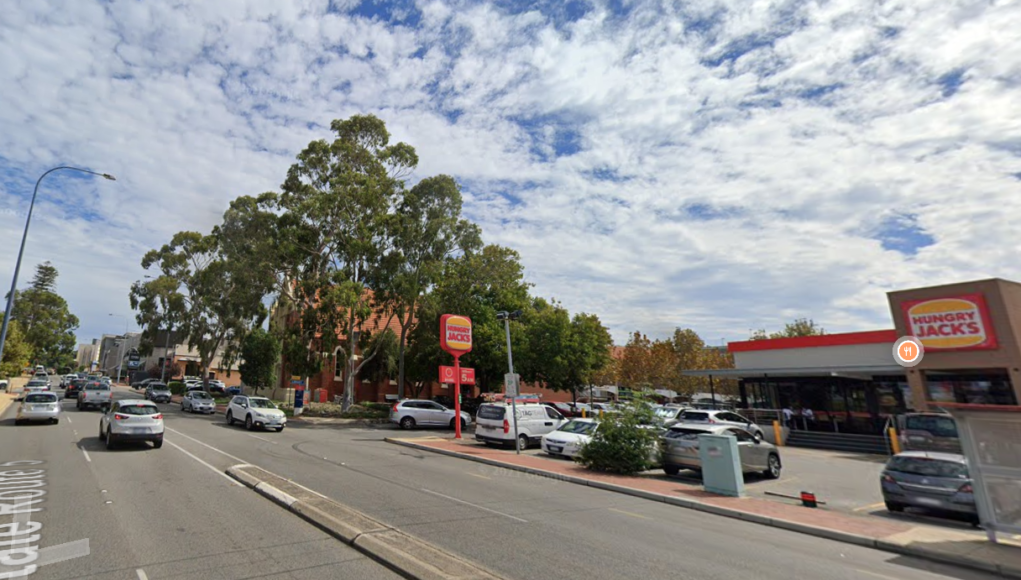 “Couldn’t give a fark, mate”, Trevon told us as he shoved his 2nd Bacon Deluxe Burger into his face after a somewhat controversial decision to hold up traffic to make the pit stop.

Naturally, other motorists took a contrary view to Trevon’s nonchalant attitude to the vehicular blockade. A skin specialist, Amy told us,

“Seriously, this idiot, he’d obviously made a last minute decision to turn into HJ’s because he did it from the left hand lane, his stupid Triton or Hilux or whatever had a trailer attached and he was blocking two lanes of traffic. He just gave anyone who honked the finger”

Indeed other witnesses reported a large dual cab blocking two lanes of traffic while he waited several minutes for a gap in the city bound traffic to make his turn.

Another witness, a lawyer trying to get home told us,

“This clown not only blocked two lanes of traffic but he did so for such a long period of time because he was clearly gawking at his phone instead of paying attention. You could tell bv his grin one of his dropkick tradie mates sent him some naughty meme. He missed at least 4 decent windows to make the turn”

Trevon denies the accusations, telling us,

After lighting his third dart in a row, he continued,

“I’d just come from doing this cashie in Neddies and stitched the rich tool up ha ha, was flush so to free up some space in me wallet I hit the Capo Stirling for some pints and a punt. Had about 7 before Benno rocked up”

We asked him what happened when “Benno rocked up”,

“Took the edge off with a coupla cones mate but you gotta understand it’s not just the billies I took to me throat it’s the general bongosphere in Benno’s ute, no joke I was starvin’ marvin and I reckon I may’ve been 6 feet under if I didn’t get a burger in ASAP”

Hungry he was, with a HJ’s employee confirming that Trevon’s order consisted of two large Bacon Deluxe meals, an extra whopper and one of those “farken ice cream things”.

In Trevon’s defence, he did intend to continue his Wednesday arvo session. Proof of which was the 4 pack he’d picked up from the bottlo after the pub.

Ultimately, it was good that he had a bit of food in his gut before no doubt writing himself off at Benno’s house before probably rocking up at your house to perform some sub par workmanship.

For more on the hell of this strip: IN FOCUS: STIRLING HIGHWAY