There are essentially two types of drinkers – people who accept it’s not the healthiest and people who convince themselves that drinking Vodka, Lime & Sodas until you vomit in your handbag is “healthy” because of a few less KJs.

If you belong to the latter category, you probably order this drink religiously as soon as the mercury hits 25degrees. After all, it’s very on-brand if you are flogging skinny tea on your micro-influencer Instagram page. Not to mention the net loss you’d make if you had a beer belly in your latest OnlyFans catfishing effort.

Once these people decide that this is the only drink in the world, they’ll become rather particular with how it’s made. Enjoy the noise that emits from a thirsty vodka vixen when she feels not enough lime has been squeezed into her cup of soda and dogshit vodka.

This is because fresh lime is the only thing separating a Smirnoff & soda from tasting like Aquaman’s pre-ejaculate after he saw a clam wanting to be busted open. This poses a unique problem for bar staff who need to ration the fruit and can’t spare half a lime per drink because some  has the nuanced taste buds of a child.

It should also be noted that you lose all credibility in the Vodka, Lime & Soda community if you ask for the drink with a little syrup. This is because true aficionados will dodge cordial like they were at Bill Cosby’s sleepover.

Naturally, hot weather, watery drink and rationed lime lead to a pretty miserable drink. In turn, leads to people knocking ‘em back like they were Magic Johnson at the blood bank. Of course, this leads to heightened stage of intoxication – vodka-messy.

One need only look at the entire country of Russia to see the unique effect vodka has on the sanity of its drinkers. You don’t even have to look that far, just try to see one of these booze hags struggle with the complexities of remembering the order of words in their favourite drink.

If one truly wants to see the raw, destructive power of Vodka, Lime & Sodas on an open bar, one should watch the chaos of an F45 Christmas party or any other fitness group that appear like cold sores on the lip of our favourite watering holes each year.

Slamming vodka and poor drinking fitness is a recipe to get messier than a power drill at a spaghetti party. Maybe even cack your dacks. Fewer kilojoules though! 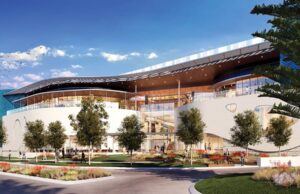 Karrinyup Shoppers Assured If they Get In Now They “Should” Get...

Present-seeking punters are being assured that if they get their shopping done immediately they stand a chance of getting out of the Karrinyup Shopping...

“Bringing it back” – Twiggy seen cruising towards the OBH with...

Man who lives on the Perth Airport train line is still...

Self-serve checkout bandit decides to treat himself to his own little...