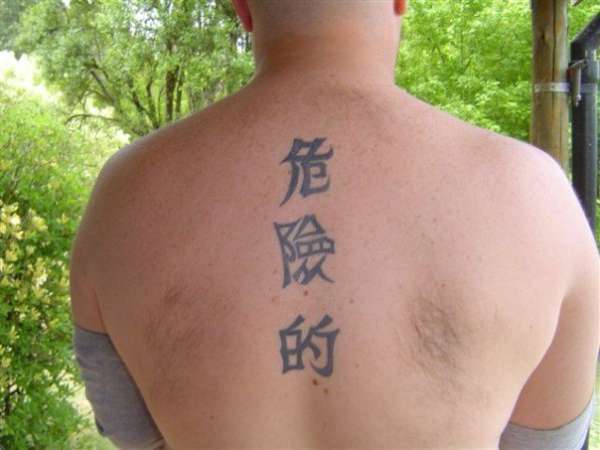 Sometimes tatts carry a deep personal connection to the skin they are on. Other times they are a great way to show you fell off the basic tree and hit every branch on the way down.

Random Asian characters – you are very worldly. If you count travelling to Kuta twice a year and ordering sweet & sour pork at the Belmont Forum food court as “worldly”.

If you’re being honest with yourself you don’t really know what they mean but that’s OK because if it was written in English you probably couldn’t read it either.

Tramp stamp – you peaked at school leavers when the two biggest meatheads at school duelled like a couple of silverbacks who got stuck into the open bar at Harambe’s wake.

Since then, you have immersed yourself in Live, Love, Laugh culture and the occasional pyramid scheme on the side.

Meaningless tribal tatts – you don’t know what you want more – to actually be part of a culture that embraces tribal tatts or for the ill-effects of all the steroids you’ve taken to stop shrinking your lolly bags down to funsize.

Post code – you have a disproportionate amount of pride in your suburb. Alternatively, you spend so much time swinging hooks like an iced up fly-fisherman that you expect one day you’ll be knocked out yourself. This way, they’ll know where to send you.

Only god can judge me – the criminal justice system would beg to differ. Which is a system you are no doubt acquainted with by virtue of what the dogs found in your little Louis Vouitton man bag.

Children’s name – it’s certainly good to keep track of the consequences of sowing your wild oats like a farmer with a Kellogs’ contract. What’s more this demonstration of commitment should let you off the hook from other paternal tasks for at least 17 years.

Southern Cross – not only do you love your country but you hate it when someone of a displeasing pigmentation makes eye contact with you while you’re trying to get black out drunk on Australia Day.

You also never wear a shirt. No matter how much co-gut-eral damage the 10 cans of Emu a day do.

Birds/dandelion spores flying away, pocket watch, carpe diem etc – you are so basic you make a year 5 American geography test look like a Mensa application.

Your main personality trait is telling people you LOVE to travel. Which may be a little premature given your only experience is two Contiki tours and a trip to Byron Bay.

Dream catcher – you sleep on a mattress on the floor of a South Freo share house.

Unsurprisingly, the room smells like a shaman’s hut and your tattoo is kept company by the other dream catchers you keep on hand to remind you of your deep spirituality. Which mostly consists of standing against partaking in gainful employment.

Any fad/meme – we get it, you get all your news from Pedestrian or Junkee or some other “youth media”. Unaware of how fads worked, you always thought the magic of the Gangnam style would ever end. In any event, you’ll just rely on your fallback, “it’s ironic” to deal with any eye rolls.

The Art of Chucking a Sickie 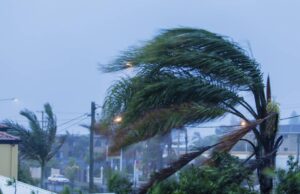 As per usual, Perth is blowing with the tenacity of a insta-Model trying to snag a free photoshoot. One could excuse someone for mentioning...