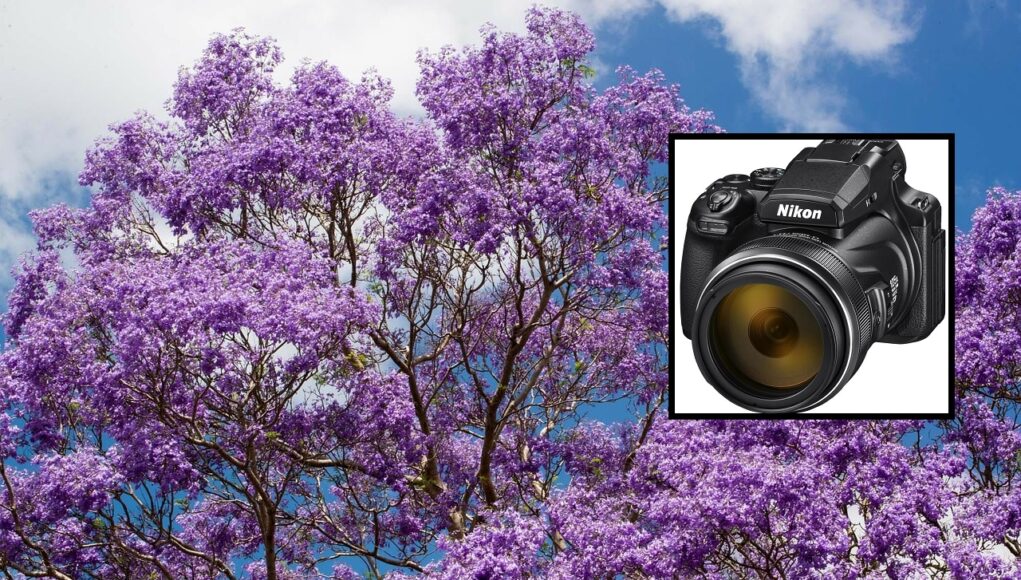 Simone has a question for all her haters who said she was never going to make the most out of her fancy new Nikon, “how do you like me now, losers?”

Of course, Simone is reacting to the near viral success of her generic Jacaranda photo that was netting hundreds of likes across a range of outdoor & garden-related Facebook groups.

Her photo of a line of Jacaranda trees in Applecross is near indistinguishable from the 1000s of other photos circulating however Simone believes it’s her expensive piece of photography kit that gave her the edge. Speaking to The Bell Tower Times,

“I went in looking for a camera that could take a good shot of camel’s against a Broome sunset, Nature’s Window in Kalbarri, and the pink lake at Port Gregory. I was going for the full generic wander out yonder WA tourist portfolio. I got a little carried away but the man said this was a very good camera”

She went on to inform us that her keen spending meant her hubby couldn’t have a snorkel installed on his LandCruiser. He didn’t speak to her for several days. Feeling like her indulgent consumerism had doomed him to look like less of a man while in rural WA.

After snapping up the photos she had sought, she was devastated to find none of them slapped on socials. Despite, in her view, being of superior photographic quality. She told us,

“I was feeling pretty low, Tourism WA didn’t even reach out to ask if they could use my camel photo for their Instagram page. I was beginning to think I wasn’t the natural photography talent I had assumed I was. Although that all changed last week”

Last week, is when Simone bravely parked in front of a rich Applecross NIMBY’s house. Risking a note that would rock the foundations of her sense of citizenry, she made her way to a good vantage point and snapped that same god damn photo of those purple pieces of shit.

She knew she’d struck a rich vein of purple gold when her husband looked at the 58 photos she took and said, “aw yeah, jacarandas”. It was the most excited he’d been about her photos since the flash exposed a little nippo on their friend Janet who was wearing a white shirt in Monkey Mia.

Mere hours after raking in more “likes” than she’d ever seen before she was inundated with messages from “content managers” telling her “we are sooo here for this 😍 😍 😍” and asking if they could use her photo on their sponsored posts.

Feeling like she’d made the most out of the $1500 camera, Simone told her hubby that she wanted to sell it and buy $3000 worth of photography kit. She was going places and the South Freo Power Station wasn’t going to snap itself.