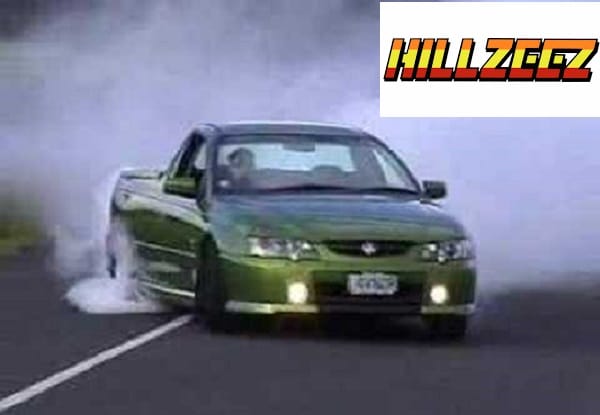 Bunbury Police have been left in disgust after pulling over a Bunbury who failed to display the mandatory Hillzeez bumper sticker on the weekend.

Local Tradie Adam expressed remorse after getting pinged at about 8:45 pm on Saturday. He told The Bell Tower Times,

“Spewin’ mate, just got a new ute on the Thursdee and hadn’t gotten around to slapping the Hillzeez sticker on the cunnova thing. I accept I was in the wrong, we have rules for a reason in Bunners, bro”

A spokesperson for the Police told The Bell Tower Times,

“This is a particularly serious matter. How were blow-ins meant to know he was a proud Bunbarian or that he fancied himself pretty nifty in the surf?”

It was a valid point but surely a yellow sticker seems harsh for a mere disrespect of Bunbury culture? We asked the Police and they told us,

“More than that though, it’s a safety measure, what if another Bunbury driver saw it and automatically assumed he had to run this Perth blow-in off the road? Think about it. Or maybe they identified the individual and thought he was suddenly better than everyone else and had to run him off the road. What would you tell his family then, mate?”

It was clear to us that the police spokesperson was becoming irritated even thinking about the disrespect Adam had shown.

We decided it was only fair to put the question to Adam who had earlier told us he was facing the ire of his local surf mates,

“Yeah, nah, nah, bro I get it. I could’ve easily been called out for being a Collie cowfingerer bro. I also visited me misso in Withers that night, my rims wouldn’t have lasted 5 minutes there if they thought I was dissing Bunbury”

Adam paused to reflect on his actions adding,

“Don’t be thinking a Hillzeez sticker is all you need to save your car getting parted in Withers though bro, they know me is all, get that good puff, ya know what I mean ha ha, oi don’t tell the pigs that though”

A lesson to be learned for all Bunbury residents for sure. Withers has that good puff and make sure you display your Hillzeez sticker with pride.