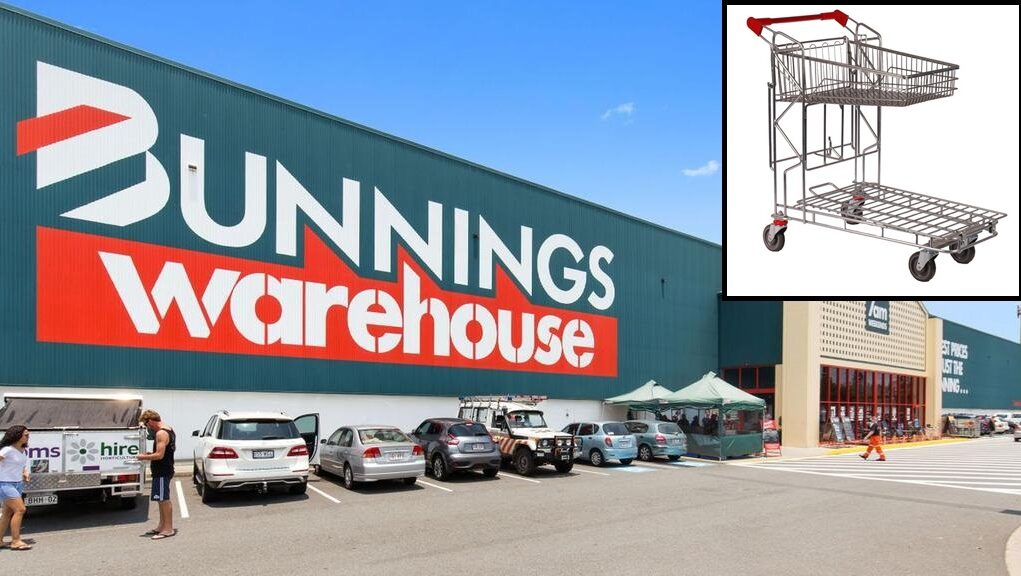 Bunnings has conceded that setting the general public loose in their stores with heavy, clunky trollies was a regrettable mistake. A mistake they know has lead to spates of aisle rage.

A spokesperson for the hardware chain told The Bell Tower Times,

“When it comes to navigating a heavy trolley some people have got it and some people certainly don’t got it. We didn’t think it was that difficult but every day a member of the public proves us wrong. Horribly wrong”

Overloading trollies combined with a baseline of incompetence can see the useful aid turn into a weapon of mass frustration. Especially during the Saturday morning “sausage sizzle” rush.

Tom, is a regular Bunnings customer and recounts a typical experience,

“I can’t remember the last time some mouthbreather hasn’t nearly clipped my ankle coming around a corner with the finesse of a Rhino playing Twister. Always some weekend warrior with enough potting mix to start a farm too”

“sure, they can be a little hard to move when they are heavy so people clearly think the more elegant solution is to not bother. Just leaving it in the middle of the aisle while they hunt down a staff member to hound about reticulation parts. I thought we lived in a society”

Typically, these incidents of aisle rage blow over but the rate of more volatile encounters is increasing at a rapid rate. We spoke to Jeff who admits he cooked the chook last weekend,

“Look, I was hungover and needed some shit for a project. I tried to walk down 3 different ailes, each time getting blocked by a slow-moving herd of trollies. I could feel the cracks starting to form”

He took a minute to look at a photo of his daughter to remind himself he was still human and not the monster the prosector had painted him out to be. He continued,

“I finally get to where I need to be was perusing the items on the bottom aisle. That’s when this idiot comes around the corner without looking and ploughs into me, farken hurt mate but then he has the nerve to tell me to watch where I’m standing while he goes and pretends he’s a tradie in the Bunnings Trade section”

Jeff admits that his actions were a little over the top. Telling us he hopes his daughter never finds out that he launched a tiki torch like a javelin and throwing all the shit off the man’s trolley.

“It’s not the man I wanted to be but I can’t help to think if Bunnings had introduced a trolley licence system this boomer farkhead would never have been behind the wheels that day. Things could’ve been so different”