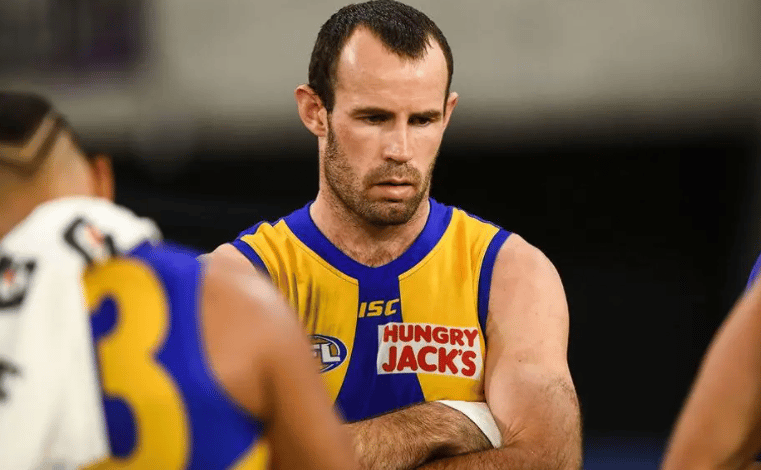 To get badly beaten by a group of Collingwood youths, one normally has to get off a late night tram on Smith St. The Eagles, however, enjoyed the belting at the MCG during Bunga’s 300th game.

Eagles’ fans were treated to a display that was about as easy to watch as the tape you found in your folk’s old camcorder stashed under the bed in an Aherns box.

From the start of the game, the effort & aim resembled a pisshead in a public toilet. An uninspired display that no doubt saw its share of Emu tins crushed in frustrated bewilderment.

An Eagles fan told us,

“I felt like driving to Perth Stadium at 3/4 time just so I could experience the feeling of leaving the dogovacunt. Do they not realise I have Freo fans to face at work on Monday? They’ll eat me alive, the purple dawgs”

After the game, Hurn was (probably) seen muttering to himself that 15 years of diet, sacrifice, training and playing seemed like a walk in the park compared to what he went through today.

Rather than wallow in pity after the game, Hurn was seen on Wikipedia making sure there hasn’t been any statistical error and this was indeed his 300th game.

An official present in the change rooms after told The Bell Tower Times,

“He was just trying to go to his happy place, as long as there was the small hope there was a statistical error, there could be a slight change he could redo his milestone 300th game”

Alas, the statistics rarely lie and Hurn was left to stare into the abyss at darkness his new friend.

Not even Dockers’ fans were able to enjoy the day with members ultimately coming down with a near fatal case of schadenfreude. Some requiring medical attention.