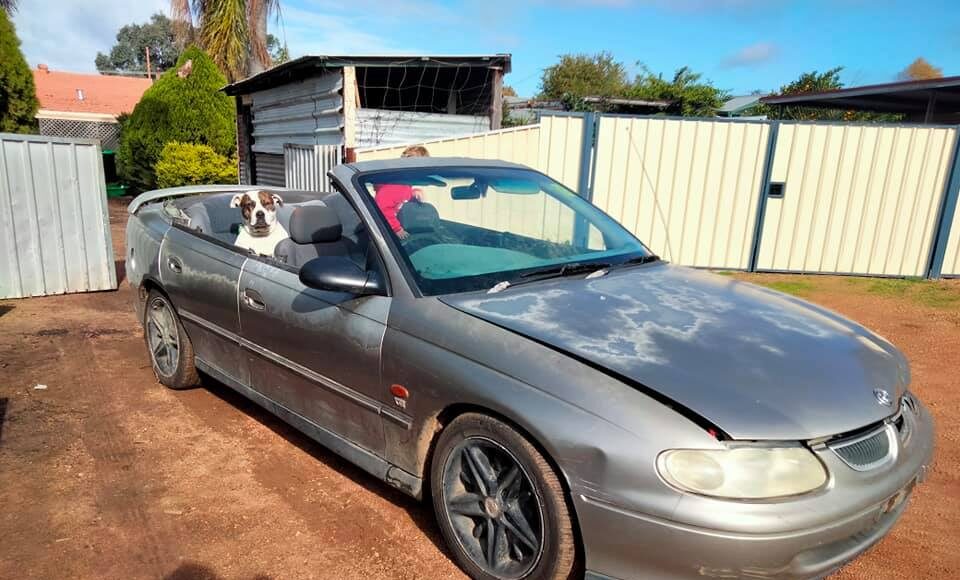 You can live your life in constant fear of the Great Perth Storm or you can raise both fingers to the rain gods and chop the top off your shitbox car. It’s not the life for everyone but those who have fully accepted the spirit of yewww into their soul have produced some epic monstrosities. Nature’s cruellest mistakes.

Just look at this thing. Too shit to drive, too rare to be impounded. Like an abandoned baby at the entrance of a hospital, this badboy was dumped outside a business in Canning Vale filled with paraphernalia. Basically a syringe disposal box on wheels. To add to the legend, a man claiming to be the owner rocked up several days later and attempted to take possession of it. Drunk & keyless, he was unsuccessful in his attempt.

This is well and truly a flex in the world of baffling modifications. A 5 litre beast that looks like it should be the star attraction in a Rockingham Beach version of Miami Vice. It’s coke & meth all at the same time. It’s a true Perf classic that’s been getting about since the 90s. Check out the old Entertainment Centre in the background. Magical.

In the owner’s defence, he only wanted $250 for it. So ask yourself a question, do you want an Oz of bud or the slickest canary-magnet in Collie? If you had any doubts about the lifestyle this car would offer you, just look at that majestic mullet blowing in the breeze as the light bounces off that true Holden collector’s item. Be worth $80k in 5 years, easy.

This looks like the kinda car that would have a reverse alcohol interlock. Any one wishing to tame this beast would have to blow at least 0.2 before the engine would turn over and you could get to the business of adding a few more dents in her majestic armour. Certainly an option if you are looking to stand out at the next B&S ball.

The reverse mullet of modified rigs. When you are looking for a decent trim at the back but to keep it respectable at the front. It’s hard to imagine rocking up to TAFE in anything else. You’d be the pied piper of girls who want to smell the piss in the breeze as you roll through Thornlie sipping on goon & juice.

Had to save the best for last. Look at the pristine condition of this converted Commodore. This is truly the luxury model and tells everyone from Hilton to White Gum Valley that you have a Balinese backyard theme, 3 old Plasma TVs and a HRT jacket that’s no stranger to a biffo at the Motorplex. Sublime.