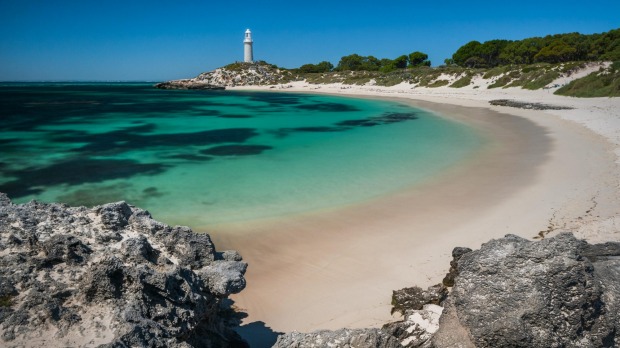 A far cry from the glamping and fancy dining now, Pinkies was the premier location for youthful gatherings, clumsy courting and a visceral understanding of why the no-pants dance and sand don’t mix.

In fact, legend has it there is still enough poorly aimed baby gravy soaked into the dunes to make sitting on them an act that you’d probably want to have contraception for.

It was likely popular because it was a decent meeting point between popular leaver’s accommodation areas of Geordie & Thomson Bay. More importantly, Bathurst Lighthouse was a convenient geo-marker that helped the goon soaked brain of a teen find their way.

Ideally, you’d want to walk there as an inebriated cycle through the dark street of Rotto was a good way to become an accidental skin donor. Plus, given some public school ruffians may’ve found their way to the island, the risk of bike theft was unacceptable.

When a private school kid takes your bike, it’s harmless borrowing but when a Como High kid does it, then that’s when one must get their lawyer father involved to demand reparations. Easily done, as he’ll be staying just off shore on his yacht.

Of course, a bit of bike theft wasn’t the only hazards at ol’ Pinkies. You’d also have to deal with the ever aggressive infiltration of men who had long since graduated school but struggled to gain respect from their own peers. So they became toolies.

Accordingly, it wasn’t uncommon to see the beach turn into a dramatic re-enactment of Lord of the Flies. How was the ultimate warrior rewarded for this victory in battle? By getting kicked off the island in a ferry eviction of shame.

So as you sip your cocktail and enjoy one of WA’s most scenic beaches, try to picture yourself sloshing around in the pig pen it used to be. No doubt you’ll concede that it’s where you’d rather be.

For more: 7 Types of People on Rotto

IN FOCUS: Scamming Your Friends With Essential Oils

IN FOCUS: The Graham Farmer Tunnel