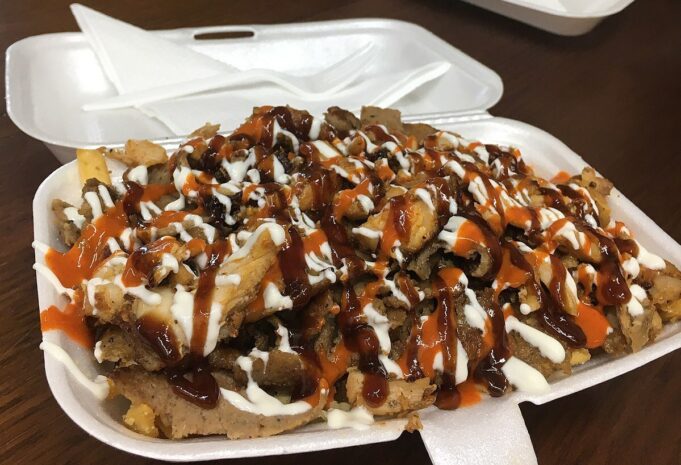 It’s a familiar sight across the state. Waking up in a half cut dazed, unable to remember the final parts of your night. When to your horror you roll over and see what you’ve taken home, what’s now partly sharing a bed with you – the remains of a greasy meatbox. It’s now staring directly into your soul – but how did it come to this?

Well, ordering a meatbox is the best way to signal to the world that you’ve given up. Whether that’s giving up on a chance romantic encounter, giving up on your night or giving up in life generally.

Paradoxically, this late night snack isn’t for quitters. Au contraire, the battle has only just begun as you give yourself a neck stuffing that would make a French goose farmer feel uncomfortable.

The meatbox or HSP (in other jurisdictions) is credited as an Australian creation. Prior to its rise in popularity the humble kebab with the lot reigned supreme. However, if you’ve ever seen a drunken person eat a kebab you’ll be aware of how sloppy the experience can be.

A combination of a botched kebab paper circumcision and eating it like a post-coital female praying mantis left a lot of punter’s shirts looking like they’d just delivered a particularly greasy baby.

Not to mention the distress caused by seeing a particularly inebriated human try to eat the business end of the kebab. No doubt how a concussed goat would eat out his goat-wife on their anniversary. Rough stuff.

This is where the meatbox stepped up to take the basic task of unwrapping paper out of the equation. Served in a styrofoam box, the meatbox consists of a bed of chips, a layer of cheese, a generous covering of kebab meat and then sauces.

When it comes to sauces, the purists will insist on the “holy trinity” of sauces – garlic, BBQ and chilli. A combination that scratches every culinary itch you have. Now, just grab your plastic fork and get ready.

However, back to why this isn’t a meal for quitters. Given the nature of the beast, you’ll be wanting to get as much down while the cheese & chips are at least still warm.

Cold, hard cheese is not your friend. Also you can’t give your gullet time to turn on you with a heartburn attack mid-scoff. It would be disastrous.

By the end, you will likely find yourself sweating like a drug-mule who used an expired franger. Similarly, for a brief moment you will have reached meaty nirvana. A state of pure joy before the full effect of the overdose becomes clear.

Eventually, your body will demand answers as to why you just consumed a day’s worth of KJs in 5 minutes.

Just try to get home and avoid any reflective surfaces until the morning. Encourage others not to look at you too.

Documenting the Human Zoo is hangry work, so if you enjoyed what you read how about buying Belle a double meatbox with the lot, ay? 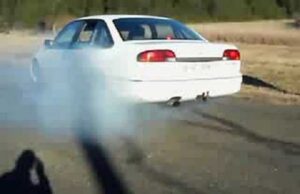 Burnt rubber aficionado, "Tex", hasn't let the constant sound of sirens or reports of power outages deter him from contributing to the storm aftermath...

BREAKING: Amphibious Cars the “Only Hope” for WA Drivers at this...

Taxpayers: why spend millions on a WACA pool when we can...