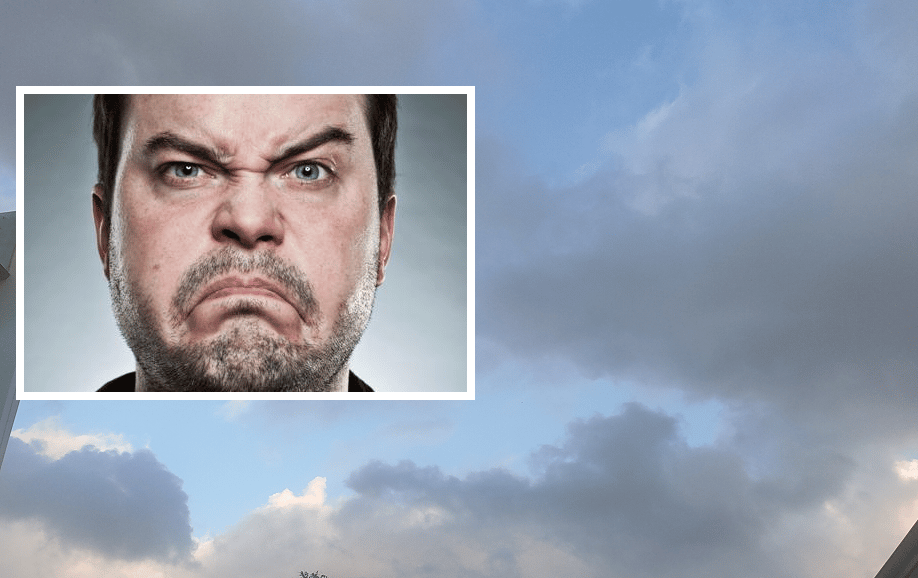 Jonesy has taken to social media to express his disgust that a catastrophic storm cell hasn’t ripped through Highgate this afternoon causing mass mayhem and damage to anything that stood in its way.

Not only did he yearn for the sound of sirens and general devestation, he is feeling hot AF and could really use a bit of rain to cool down. Despite such a storm prorbably making things exponentially sticker.

Posting in local community groups, Jonesy made clear that he was both frustrated and betrayed that no one had suffered any financial loss through acts of God.

A member of one of his community FB pages told us,

“Yeah, Jonesy came in hot, asking where the hell this supposed storm was. He’d already cancelled dinner plans with the inlaws with the view of cruising around the hood after the storm and soaking in the destruction to personal property. He really felt let down that the forecast didn’t deliver the suburban hellscape he imagined in his head”

Speaking to The Bell Tower Times, Jonesy told us,

“Really thought this one had the goods. I was legitimately keen to see my neighbour’s houses destroyed by tree branches their interiors soaked through with flooding damage, once again the BOM has lied to me, it’s fucken bullshit mate”

Jonesy’s significant other shares a similar view. Admitting to getting all of her news from Perthnow, telling us,

“Once again we were promised a storm that would cause millions in insurance claims but what we got was some overcast weather and a few drops of rain at about 5 pm today. If you can’t trust the local rag, who can you trust?”

While Ellenbrook copped a little pitter patter, Jonesy is creating a storm of his own – that is to say, he’s storming around his house complaining bitterly that not a single house in his neighbourhood lost power or a blow-in hoon took out a power pole during the afternoon.

It is understood that Jonesy is planning to launch a misleading representation claim against the BOM and the usual media outlets that take an inch of forecast data and take a fkn mile.