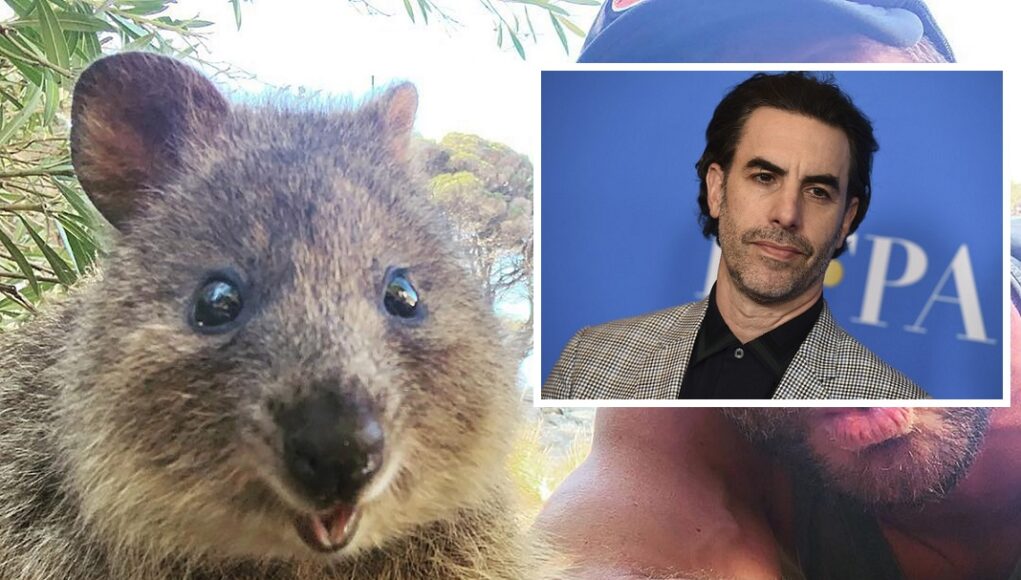 Western Australians are understandably shocked that a celebrity has entered the state and hasn’t fulfilled their obligation of “selling us to the world” via Rotto Quokka selfie.

Sacha aka Borat has lived in Western Australia for several months with his wife Isla Fisher. Reportedly, enjoying everything WA has to offer yet blatantly disregarding WA law which requires any person of note entering the state to get down in the goddamn dirt and take a photo with Rotto’s most beloved marsupials.

A spokesperson for the WA Government told The Bell Tower Times,

Asked if Tourism WA had reached out to Sacha with the customary offer, they replied,

“We need to find that out. If agreeing to the obligation isn’t on the celeb G2G form then we seriously have to look at our protocols. We can’t just be relying on Baz’s weird Brand Perth to sell ourselves to the world”

It occurred to us that perhaps Sacha had amassed enough wealth and just wanted to enjoy a quiet life in suburban Perth with his wife. We were told,

If Sacha doesn’t want to accept millions of dollars for the job then we will have to find other ways of ‘convincing him’. Just like Pab-daddy said plata o plomo. Federer was reluctant at first but eventually, he bent the knee, they always do”

Twiggy threw his hat into the tourism ring without any prompting at all. Defending the UK star,

“If this Borat feller doesn’t want to sell out his image for the benefit of travellers who can’t even visit then that’s fair enough. What he should be doing is a few pre-shift warmup exercises on-site with myself and the team. It’s every West Aussie’s duty to drive the price of iron ore up and if he wants to be a part of this our community then he must do his bit”

An inquiry into how WA has let this celebrity walk freely amongst us without fulfilling the “unwritten law” of the land is expected to start this week.

Hugh Jackman also weighed in, imploring his good friend to “do the right thing” and to show the world we’re more than just a “big open-pit mine”.

Some experts believe the fact Sacha has made the baffling choice to live in WA may exclude him from the law. More to come.