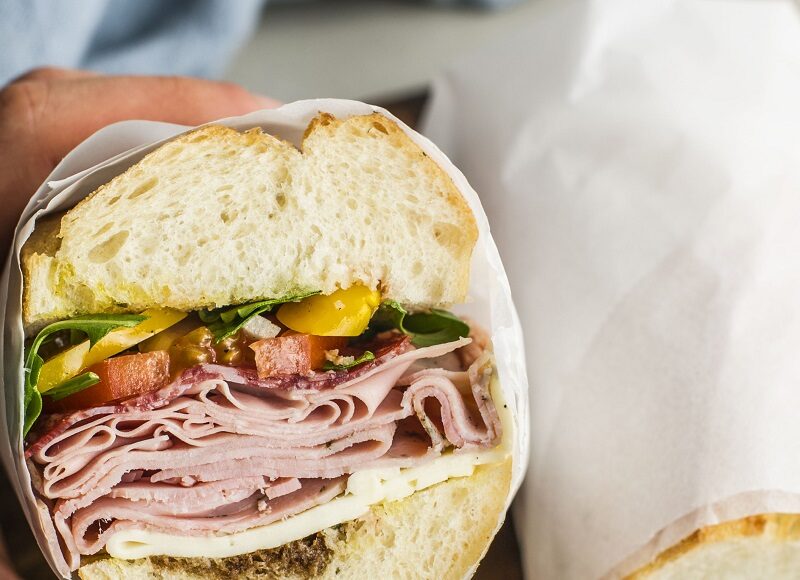 The rest of the nation assumes that the native delicacy of Western Australia is a red dirt & ice burger served with a secessionist sentiment salad.

Maybe they aren’t too wrong but this great state also has pioneered the Chooks’ hot chips, the chicken roll microwaved to molten perfection and of course the conti roll.

“Conti roll” is short for “continental roll” but using the full word is a great way to demonstrate that you’re not from around here. In fact, failing to shorten the word is so grating on Western Australian ears it is more or less considered an act of treason here.

Many origin theories exist but ultimately it’s hard to lay claim to a sandwich. What is agreed is the conti roll most likely started its rise to fame in the 1950s Northbridge thanks to Italian immigrants selling them in delis & small good stores.

Given the ambiguity mixed with the competitive nature of proud Italians, this means everyone’s Nonna & Nonno probably has their own theory of who really created the conti roll.

Hearing Francenzo & Vito argue passionately over who created a sandwich is a true spectacle in the Northern burbs of Perth. Wade into the debate with caution.

It consists of a generous bread roll, a variety of deli meats & cheeses and then whatever else you want from the showcase of Mediterranean delights.

It’s a keys in the bowl, no rules free for all, meatfest – only limited by that nagging voice in your head questioning whether 500g of deli meats a day will actually keep the doctor away.

Eh, forgetaboutit, you read somewhere that the Mediterranean diet is one of the healthiest in the world and there is no need to further explore that dietary thesis.

In your defence, half the roll generally is pickled veggies and the like. It’s just as much a salad as it is a 5 punch meat combo right to the chops.

Speaking of your chops, a good conti roll is a mastication marathon. It’s the kind of jaw workout that would make a week-long Euro DnB festival seem like a trip to the jelly factory.

Similarly, it’s not uncommon to get struck with meat sweats, especially if you’re enjoying one on a warm summer’s morning after overindulging the night before.

As a word of warning, the popularity of the conti roll means there is often a fair rush from the brunch – lunch period. This can be intimidating for new punters who aren’t familiar with the system and blindly throw themselves into the sandwich fray.

As a golden rule, don’t get between a West Aussie and their conti roll when they are on a very time-sensitive lunch break.

Take some time to observe what others are doing so when it’s your turn to step up you aren’t flapping about in pole position like a stunned mullet in a k-hole.

Don’t worry you’ll get the hang of it. Alternatively, the stinkeyes you get from the people you’re holding up will scar you for life and you’ll only ever be able to return during the off-peak conti times.

Either way, you will evolve to *meat* the needs of this society. Whether you like it or not.

If you’re anything like half the population of Perth, you will fancy yourself a true conti-sseur after just one or two sandwiches.

So feel free to act like you single-handedly gentrified the lunchtime phenomenon and impose your knowledge on anyone ordering with you by force. Remember, no one else can pick sandwich fillings like you can, slugger.

Documenting the Human Zoo is hungry work, so if you enjoyed what you read how about buying Belle a conti roll, ay?

Why a Bali Bonk Ban Will Be Fark All