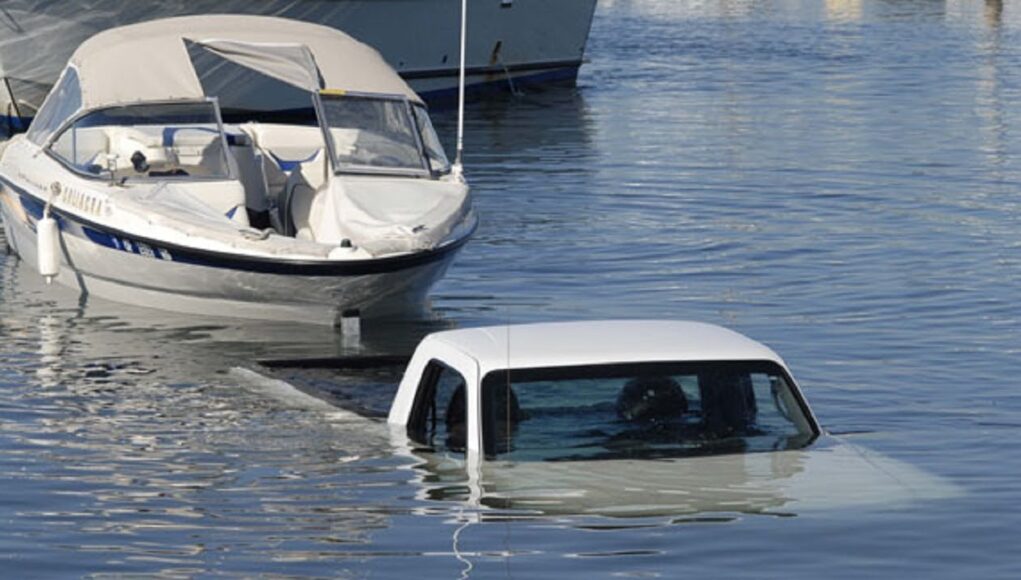 There’s nothing like excellent Summer weather on the weekend to stoke the nautical wiles of WA’s weekend warrior boating community. You know what they say, “suns out bungs out!”.

Boat ramps from Two Rocks to Mandurah are expected to draw crowds of inexperienced captains who make such a meal of launching their boats that people are left genuinely wondering whether the sinking vessel is all part of an insurance ruse.

We spoke to Captain Dave, who has been launching his boat from Hillarys for over 30 years, he told us,

“You’d think some of these blokes would get a lesson or two. Without fail there’s going to be some dipstick who either loses his boat on the road or manages to sink it and 4WD in one go mate, the dumb-carnt double”

Captain Dave’s mate, Simon, is a keen angler and also one of those guys who can’t scroll past a social media post about a fire without declaring it’s an “insurance job”. He told us,

We tracked down a punter who pulled off the dumbcarnt double last summer. Not only had he held up the line at the ramp for 45 minutes but he managed to launch his boat without the bungs in and left the handbrake off his LandCruiser in a panic.

“I’m from a generation of men who don’t like being told what to do. Figured I knew it all and ignored all the help the yahoo’s behind me were bellowing at me. They kept saying that no one would possibly fark up that badly by accident. If SGIO is reading please accept that I did fark up that badly. Or as some fisherman called me, shitfabrains”

Weekend warriors can breathe a sigh of relief, however. A spokesperson for one of WA’s leading insurance companies told us,

“This isn’t our first water rodeo, we’ve seen it all and honestly we’re never that shocked when a new boat owner shits the bed at a marina or ramp. There’s a lot of pressure and these guys are tits on a bull, mate”

The same can’t be said for Dimitris however, who has “accidentally” sunk 4 boats in as many years. With some witnesses to his latest effort stating, “he barely tried to disguise it this time”. Oh Dimitris, you dirty dawg.