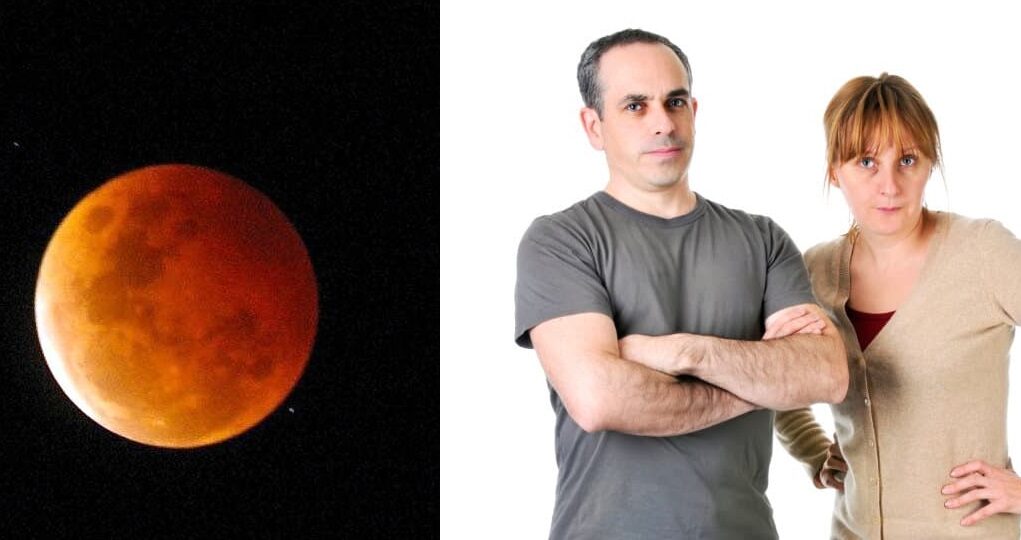 True to form the Thompson family has failed to manage their expectations in the slightest with respect to tonight’s lunar eclipse blood moon thingy.

Having allowed themselves to be whipped up into a frenzy by the non-stop media shitposting they have once again agreed to “make a night” of the lunar spectacle. As per usual, the success of their night is highly dependent on being left in a state of wonderment by the show.

We spoke to the mother who was busy preparing her special potato salad for the occasion. She told The Times,

“There’s nothing like a lacklustre lunar event combined with Terry’s overcooked steaks and my bland potato salad. We all have our phones fully charged to make sure we give every news article about the eclipse an absolute hammering”

Indeed, the family has spent all previous blood/super moons in a state of foaming-at-the-mouth frenzy after failing to be impressed. We spoke to the eldest daughter who told The Times,

“We have a joke about dad’s face looking like a blood moon when he rages about how shit it was. He’s bald and quite round. Maybe we should just watch him all night instead”

So that really only leaves one question. How angry will the family get? Well according to easily sourced information is warning Perth gazers to simmer down the pan of excitement.

As the eclipse will begin before the moonrise in WA and due to some other environmental factors the actual moon may be very hard to see.

So all in all, absolutely prime conditions for a massive lunar whingefest. As we’ve all come to expect and love.