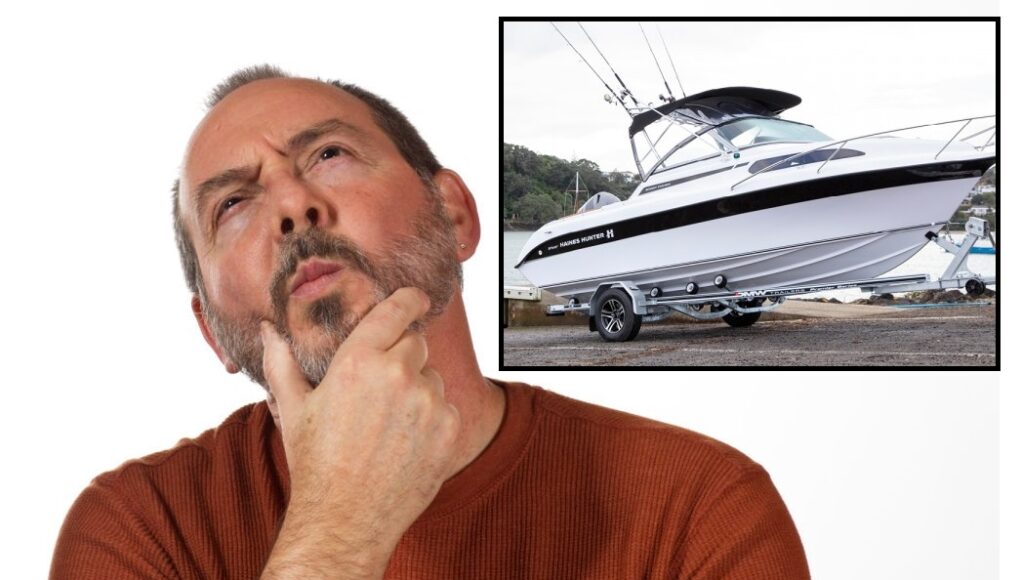 Life was going well for Marty and his mates after he told them he was finalising the paperwork on a new boat last week.

True to form, Marty told everyone to clear their schedules this weekend because they were going out to catch some serious fish. If it all could’ve been that simple.

It’s understood that the men involved understand Marty’s decision but wish he’d get on with naming the vessel so they could all update their online dating profile photos.

Racking his brain for a suitable name, Marty told The Times,

We spoke to one of Marty’s mates who reckons the captain is being too picky,

“I gave him some classic suggestions, Dirty Little Oars, Master Baiter, Nauti Nurses but he wasn’t having any of them. Said he needed the right grubby pun that represented him as a boatsman”

Playing Devil’s Advocate, we asked whether he’d consider naming the boat after an important person or event in his life rather than some crude play on words. He told The Times,

“Look, I suspect that no woman is ever stepping foot on this boat unless she’s paid to. I’ve given up mate, all I can hope for is a few honks from passersby when my boat lays broken on the road after I forgot to secure it properly on my trailer”

Accordingly, Marty’s fishing trip is cancelled until further notice. We hope he’s struck by a bolt of inspiration soon.