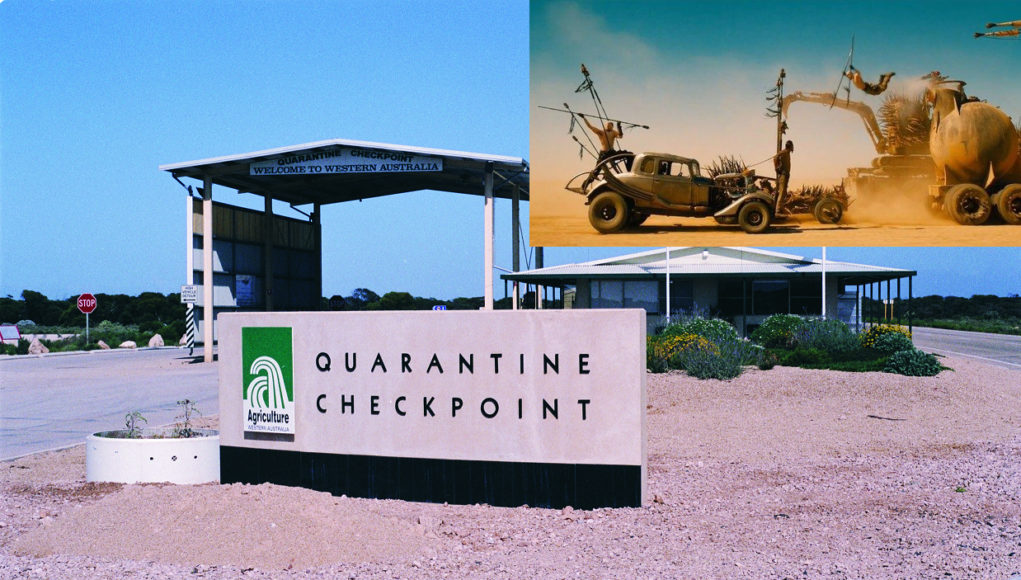 A woman towing a caravan yesterday decided that rather than calmly go through the checkpoint she would royally fark her shit up by trying to ram police and throw burning petrol out the window of her car.

Warner Bros was apparently so impressed with the incident that they immediately took steps to halt filming in NSW and made plans to shoot the movie right here in WA.

A spokesperson for the film told The Bell Tower Times,

“Are you kidding me? WA Police actually got footage we could use. Do you have any idea how expensive shooting stunt scenes are? You literally had a petrol bomb, amazing”

Sensing the spokesperson was enjoying this a little too much we asked what their plan was,

“Well, we plan to just roll cameras and let WA people do what they do best, we hear Tonkin Highway and the Freeway will produce some good vehicular fight scenes too. We also heard from your Prime Minister that many of you are cave people? Wonderful!”

It was clear the studio had got a raging WA-stiffy at the prospect of saving millions of dollars in stunts. Furthermore, they told us our population was perfect,

“No offense to your people but we reckon we don’t even need to bother with makeup or costumes. The last time we scoped out WA for filming some guy in a Ford Ranger followed us for 15km and tried to run us off the road for taking a turn too slowly. A dead ringer for Immortan Joe”

A grey nomad who is no stranger to the Nullabor told us,

“I always told my wife that driving in rural WA was almost identical to the Mad Max films. We joked that half the turkeys on the road could be extras for the film. They sure do get angry at me”

An astute point, it seems the humble caravan is always at the root of WA road rage incidents. Accordingly, Mad Max Furiosa will feature the lumbering pieces of metal shit heavily for “authenticity”.

As a final thought the spokesperson conceded they were happy to get out of NSW which was increasingly reminding them of home and their own country’s COVID failings.