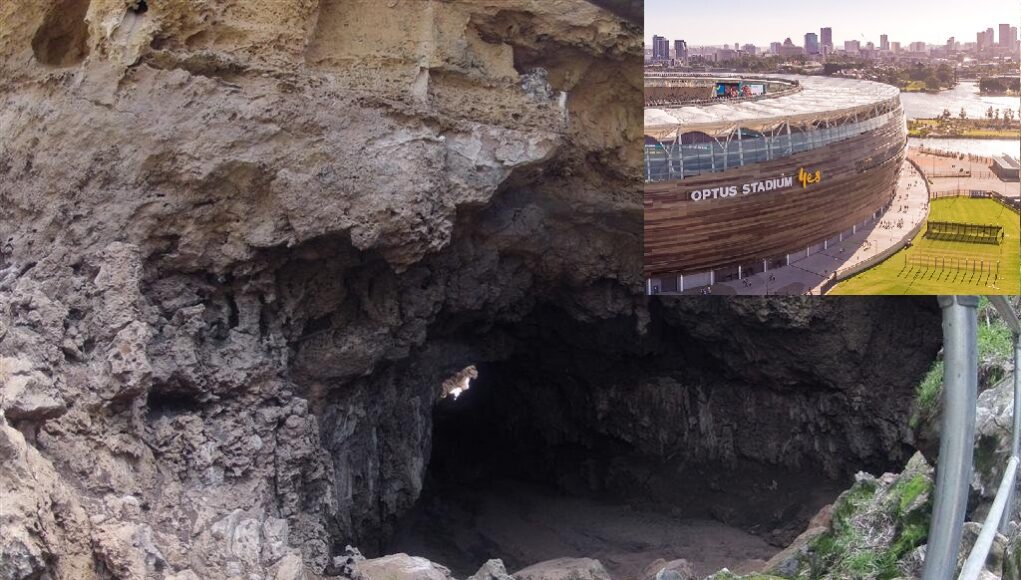 AFL CEO, Gill confirmed that WA and its society of cave-dwelling, primordial soup-sippers will be the destination for the grand final if Melbourne continues to shit the bed.

News that Perth has been selected as the very last resort for the spectacle has excited our primitive, yet COVID-free, cavepeople with many banging their clubs against rocks today in excitement.

WA or the Stone Age State wooed the AFL with promises from Cavelord McGowan that the resident Beastmaster will lead a party of cave-dwellers on a hunt each night to provide top-notch paleo nutrition for visiting teams.

The Beastmaster assured us, “Ooga Booga we hunt at dusk”, before smearing the blood of his recently slain lunch across his face.

“Yeah, they reckon cos we are several thousands of years behind the rest of the country’s evolution that we’re hicks or something mate, good thing none of them will be allowed in or I’d club the shit out of them”

It was best to move on quickly from that interview as Johnno was clearly making no effort to wear his Jet Pilot loincloth properly.

However, not all club smashing was in celebration. With other cave dwellers fearing the open invitation to so-called civilization will put our society at risk of disease. Namely, COVID, which they have shitloads of.

Angry Ooga-Booga’s aside there is another risk lurking in the prehistoric undergrowth of WA – Rio Tinto. Once they find out that the caverena is a spot of significant importance, they will likely be tempted to blow it up.

For more on Perth’s GF hopes please read: “WA Under the Pump to Discover Fire Before it Can Power 2021 Grand Final”