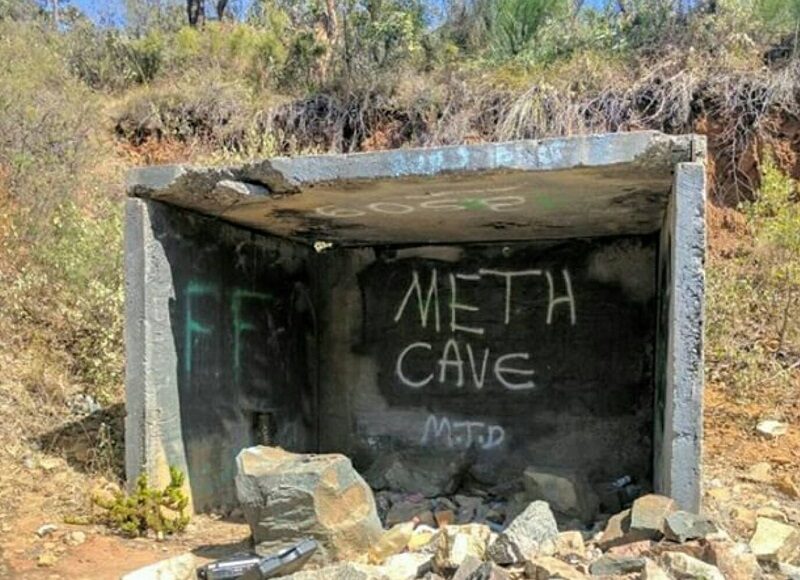 You hate to see it. Samantha and Thomas had saved up a $150k deposit and were prepared to go as high as $450,000 for the modest Ellis Brook ice cave that recently hit the market.

On top of finance approval with parental guarantees, the couple walked into the bidding war feeling quietly confident. Especially how the “ultra-modest” dweller, as it was described, was only listed for $500 or who was willing to pay the council fine on the illegal build.

“It was intense, you had rich kids flanked by boomers just going HAM on the bids. It was like a feeding frenzy. Everyone wanted a piece of the last affordable piece of real estate with a bit of a back yard and natural pool”

Thomas was less bullish coming into the auction stating,

“You should’ve seen the look in these boomer’s eyes. The thought of charging some desperate family $450 a week to live in the meth cave gave them the kind of stiffy a blue pill never could. I think it was the future potential for cruelty that attracted them”

“Meth caves aren’t just for drug addicts anymore. People are seriously looking at any space in Perth that isn’t prices through the roof. We concede it’s minimalist living but imagine how much you’d learn about yourself forcing a tenant to shoot their dog in front of you, provide 6 references and a beg on their hands & knees just to cop that 1m by 1m piece of shit”

Ultimately, the meth cave was bought by a young “property tycoon” who has two tips in life: firstly, don’t blow your money on avo on toast and secondly, have an extremely rich father who doesn’t want you living at home anymore.

While the exact figure is confidential it is believed the cave went for about $650k. Making it only the 7th most expensive dwelling in the area.

Wishing to remain anonymous the young baller told us that

“Hope whatever poor sap that gets the honour of being my tenant has their own knife. They’ll need that to fend off local wild life because I’m not forking out for a door or anything like that, it’s a landlords market baby, why bother?”

We asked Samantha what her plan was now and she told us that she was considering putting in an offer on some bogan’s shed in Kwinana. She clarified,

“We’ll go up to $500k for it but ultimately we can’t be picky at the moment. It’s either this shed in Kwinana or a tent in a Melville backyard going for $350k. We just want value for money you know?”