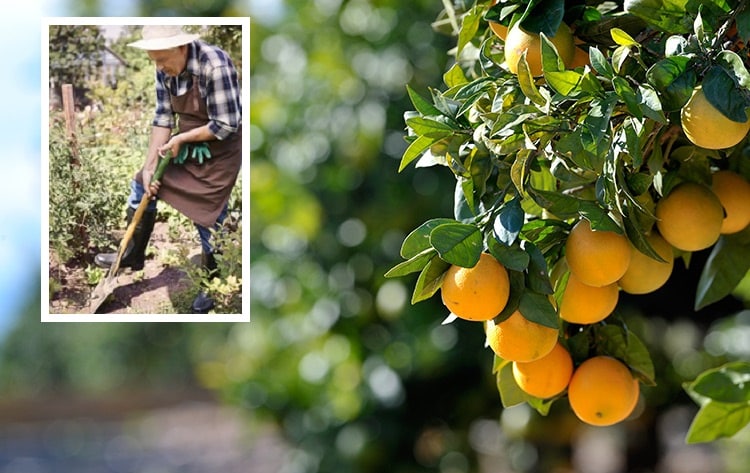 Like-minded Mediterranean men in the northern suburb have also been burying as much cash as possible for many decades, most as a big “vaffanculo” to the banks.

However, since the pandemic and assorted global economic instability, this practice has really ramped up. With younger generation Italians from Balcatta taking a leaf out of Nonno’s book and making deposits in the bank of the citrus tree.

“Look, there is a record number of $50 and $100 notes out there but they aren’t going anywhere near the shops. We can only go on anecdotal evidence but we have a hunch that a significant quantity is buried in a Perth suburb called Balcatta. This is also confirmed by one gentleman, with a thick European accent, who calls his local bank manager habitually to anonymously gloat”

It’s difficult to get an exact figure on the number of high-value banknotes in the suburb. Mostly because some of these notes haven’t seen the light of day in decades.

Also because if you ask men like Frank he’ll turn his hose on you until such time as he can sufficiently warn you that if you come near the “Bank of Frank” he’ll take some of his 40-year-old gardening tools to your head.

We learned the hard way after asking Frank whether he agreed with economist’s estimates that about 10% of $100 notes in WA are located within a 5km radius of his property,

‘No, no, who told you! No bank’a notes here! No questions! Just tomatoes, best tomatoes!”

We could tell by the increasing ferocity of the hand gestures that it was time to abandon this line of questioning and pay some respect to the glorious red fruit that Frank claims makes the best sauce in the world. Much better than Giovanni’s sauce that allegedly tastes like “il cazzo”.

We were no doubt intrigued at Frank’s allegations that Giovanni puts his dick in every sauce jar but we had a feeling some neighbourhood rivalry may be at play here.

Speaking to Giovanni we learned that it’s in fact, Frank that puts his cazzo in his sauce and that’s why Giovanni’s sauce is the best sauce in Balcatta. We managed to ask him about the $100 note hoarding too. He responded,

“Leta just a’say, I’ve a sold 3 farms and not a single dollar to banks! *laughs nonno-ishly* but you ask too many questions! You in the AT farkan O?”

After hearing reports of an old man fitting Giovanni’s description shooting birds that attacked his fig tree we were in no mood to hang around the property. Despite spotting at least 2 freshly filled holes over his fence.

For more on the man, the myth, the legend Frank: The Human Zoo – Mr Balcatta