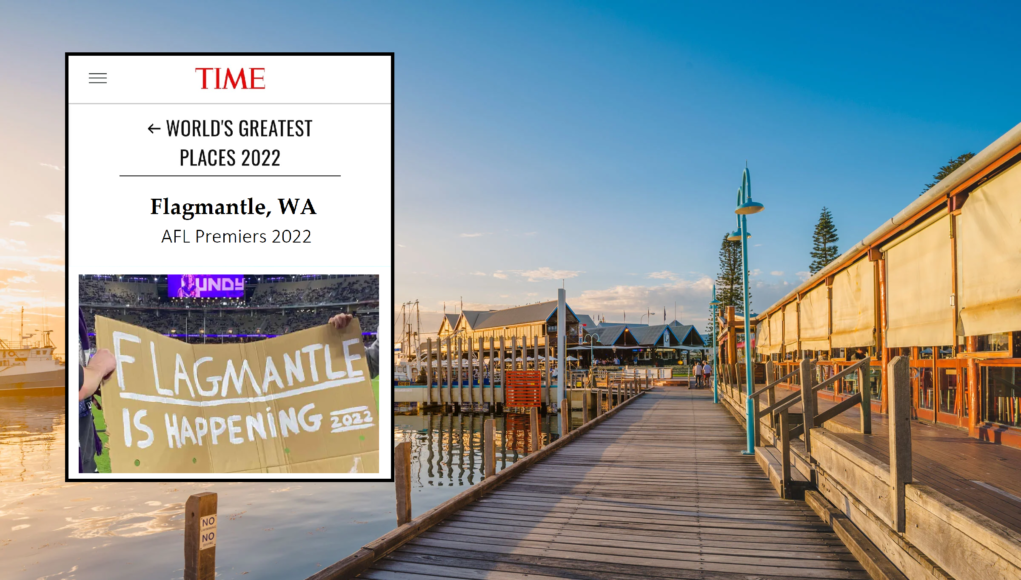 Time Magazine has apologised for incorrectly reporting that Fremantle made their top 50 greatest places in the world list for 2022.

Naturally, they meant to give the nod to the Flagmantle 2022 season and in particular their position on the ladder.

Some view the Flagmantle 2022 season as a controversial choice as it’s not technically a place. However a spokesperson for Time told us,

“Flagmantle is as much a place as it is a period of time. It’s a feeling. It’s a lifestyle. A state of blistering optimism. You can’t deny it’s pretty sweet”

While deciding on the list, editors from Time took special notice of how the Flagmantle train was on the loose and kids from the four corners of the globe believed nothing could stop it now. Adding,

“Look, when you’ve got kids in Brazillian favelas and Siberian ice fisherman all singing praises of Flagmantle’s well oiled midfield then you have to take notice. I think their last match had something like 3 billion people tune in”

It’s true. The Times caught up with a Masai warrior who had been following Flagmantle since round 1. He told us,

“I was worried about Fyfe returning but he’s slot in real nice down in the forward line. If he gets his set shot accuracy up he might finish off his season in a Pavlich-esque fashion. We are honouring our next hunt to Bray though, that’s an animal even I couldn’t catch”

The Freo Footy Club have said they are not getting ahead of themselves and won’t let the international fanfare distract them from what needs to be done. With a spokesperson telling The Times,