A boilermaker has been awarded a large Red Roota combo and 2 darts after it was ruled that an employer has no jurisdiction over an employee or contractor during the ritual of “smoko”.

Smoko is defined as a time between one’s morning dart and lunch break where a tradie enjoys a half hour break, during which time is more sacred than the virgin mary’s poon. A smoko may also occur in the afternoon depending on whether said tradie can be farked or not.

The ruling came to a head when a foreman asked a boiler marker if he could have a look at some welds halfway through a cigarette and a story about what he put in his last Tinder dates bum.

The Boilermaker took offence and argued that the foreman didn’t “respect the smoko” to which the foreman allegedly responded, “i’ve seen more useful carrrnts on a male figure skater’s blow-up doll”.

The FWA ruling now makes it law that smoko be respected, regardless of deadlines or any other bullshit factor that will interrupt a tradesman’s 30 minutes of serenity.

CFMEU was reached for contact but swiftly replied that if we didn’t call back at a more suitable hour they would go slower than an old boy’s piss stream after his prostate flared up. 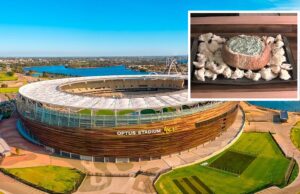 If you failed to be one of the chosen ones to grab a ticket to the grand final, dont despair. A grand final house...