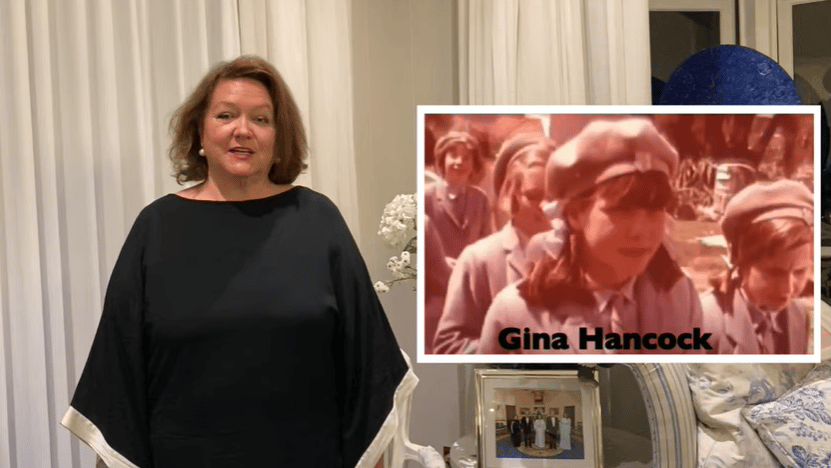 Gina Rinehart has made an impassioned plea to the students of St Hilda’s to pause and reflect on the impact that acting on climate change could have on say, a mining magnate’s bottom line.

In her 16 minute speech, Gina made it clear that the work of dedicated scientists in the field of climate change was nothing compared to the curious minds of 16-year-olds “doing their research” preferably on YouTube or from her own personal thoughts.

In particular, to research the effect of introducing costly overheads to a lean business model she, or magnates like her, have perfected over the years.

A source close to Gina told The Bell Tower Times,

“Gina is mad that the scientists never talk about the very real possibility that sustainable mining practices could increase costs for the mining industry and lead to a reduction in profits. It’s a clear campaign against good Aussie battlers trying to make a buck”

When asked if Gina had a vested interest in rejecting climate change science the source scoffed,

“Why? Because carbon reduction targets would likely affect her business? Don’t be silly, you sound like a sheep. Do you want some hay, sheep? Where’s your shepherd, sheep?”

Another source close to Gina called her speech to the impressionable young ladies, “brave”, telling us,

“She was devastated when even Newscorp decided to dial back their climate change denialism. If you can’t trust Newscorp to tell the truth, who can you trust? Who’s sticking up for the little mining magnate these days?”

Gina has since found plenty of support amongst car profile pics on FB. One commenter stated,

“Climate change is LEFTIST SHIT… It’s cos of this properganda that I won’t be able to by a new V8 in the future. Anyway, global warming????? Was freezing this mornin in SPRING ahahahahahahahahhaha pull tha other one ai”

An unofficial spokesperson for Gina told us,

“We just hope that students get the message early – the real information is on YouTube and the ‘speeches’ section of Gina Rinehart’s website. If anyone with a Ph.D. tries to tell them anything just remind them that they don’t have shareholders to account to”

We understand Gina is planning to write to the St Hilda’s library staff and politely request they burn any “science book” spouting this propaganda. Not only will it free the children’s minds but it will free some more carbon

And after all, what kind of monstrous scientific community would keep carbon all locked up? #freethecarbon