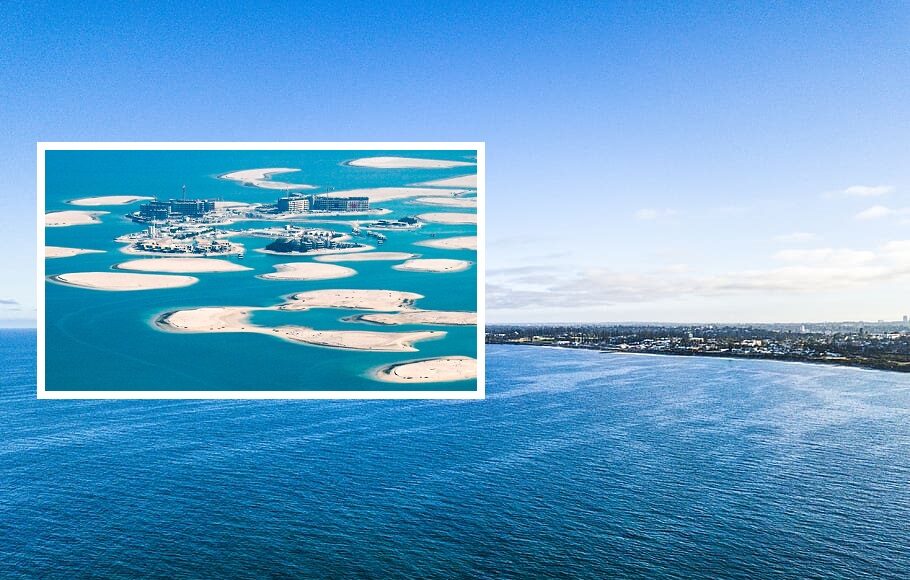 Perth has a serious problem when it comes to sprawl equality – why should the North have all the fun? So to tackle the issue, a property estate developer is thinking a little bigger.

Taking inspiration from the failed Dubai islands project, the plan is quite simple – develop an archipelago many nautical miles west of the coastline to mimic the kinds of sprawling distance on offer in the North.

Richard, a spokesperson for the developer told The Bell Tower Times,

“Look, we can’t sprawl any further south given the Mandurah stronghold and frankly, no one wants to keep pushing east and dealing with deep hill dwellers. So really, we have two options, keep sprawling to Geraldton or think outside the box and establish inconvenient suburbs in the Indian ocean”

Richard began to explain his vision of a sort of cross between Waterworld and Illuka where residents would live bumper to bumper together on the tiny islands and spend up to 3 hours a day battling the ocean swell to get to work, he told us,

“Anyone willing to sit on the Freeway for 3 hours a day will be equally happy to throw themselves at the mercy of the ocean each day to and from work. It will open up a whole new breed of people who decided to buy in the middle of the ocean but whinge about the perilous voyage and rough surf each day! Classic Perth!”

We understand that the logic behind building small islands was not only to save costs but to mimic the unbeatable lifestyle of being able to hear your neighbour shit through the plasterboard separating your estate homes in places like Butler.

“Sure, you’d think the endless expanse of the ocean means we could really push the boat out and build big. However, we find that Perth consumers prefer to live on top of each other and just be surrounded by tons of free land. Never really understood it but they can’t get enough”

House & land packages for your lot on an island will be offered from $350,000 and include a second-hand dinghy for the first 500 buyers to snap up an opportunity to be a part of Perth’s exciting new western sprawl.

We understand residents in Cottesloe are already seeking legal advice on how to object to the development. Citing “vista vandalism” and the “uneasy feeling that estate people are floating nearby”.

Reasonable concerns to be sure.