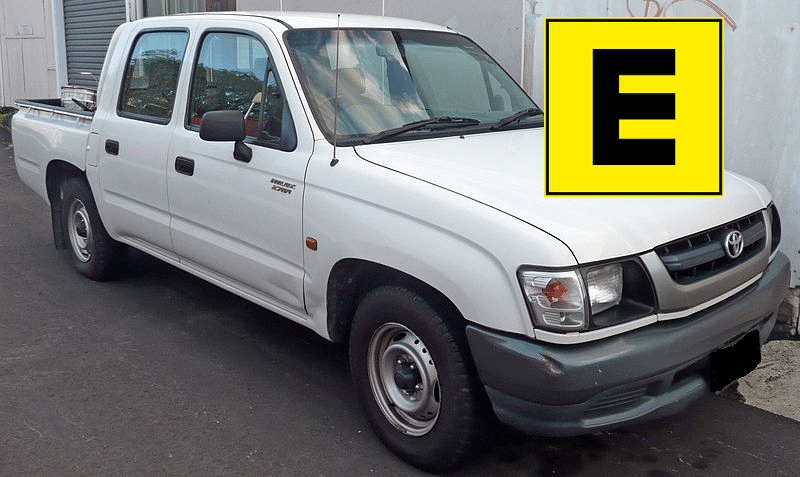 Perth man, Traylor, has had enough of being the first port of call for every greasy freeloader in his friends & family circle. From Marketplace purchases to moving house, everyone always wants a big slice of Traylor’s ute.

So to combat the neverending favour requests, Traylor has had the ingenious idea of sticking up an E-Plate on his windscreen to pass off the grand ruse. He told The Times,

“Ya gotta be strategic when you put her up. Obviously, ya don’t wanna drive with it on and get pulled over and shit. So I just wack her up when I arrive at a friend’s house or family-do. It’s not a hard sell if I’m honest, I’m a bit of a pisswreck”

To really sell the illusion, Traylor even posted a photo of his windscreen with the E-Plate to various group chats he’s in. However not everyone is convinced. One of his mates told The Times,

“I had a mate get an E-Plate back in the day, it doesn’t just happen overnight. You got waiting periods and shit. To be honest, though, we only really see Traylor when we need a favour. It’s not like we keep much of a tab on his life so it could be legit”

While Traylor has enjoyed the peace in his life from being able to knock back ute favours “guilt free”, he admits that it has proven a bit of an inconvenience, adding,

“Yeah turns out I can’t have my cake and eat it too. I fully forgot about my bullshit and rocked up to a mate’s house last weekend to watch the footy. They asked me why I was driving in contravention of my E-Plate. I just told em it was around the corner and I was being naughty”

Cannington to Joondalup is not traditionally what someone would call “around the corner”. Traylor’s jig was surely up but thankfully his friendship group wasn’t too bright and swallowed his lie-load whole.