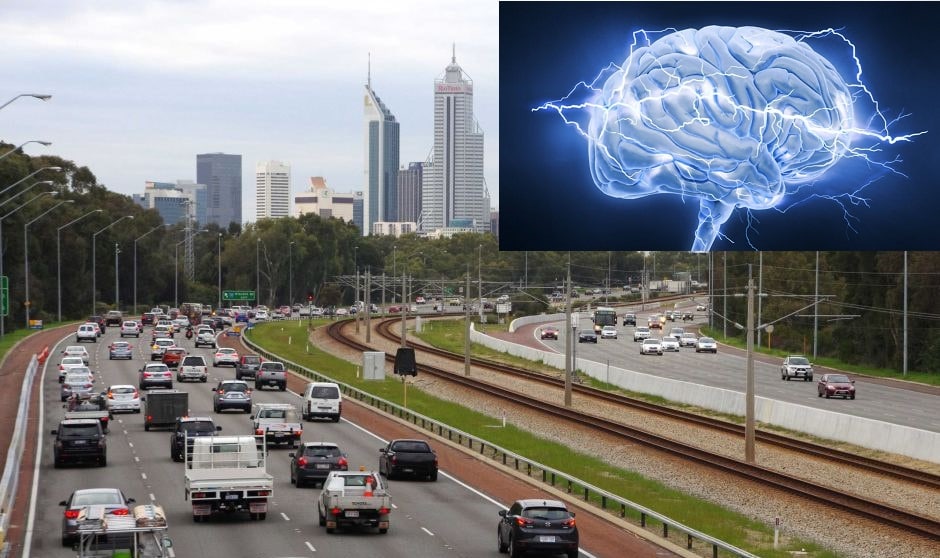 A groundbreaking study has found that thousands of motorists a day become nearly Shakespearean in their use of creative language after feeling aggrieved by some mouth-breather who can’t drive for shit.

People who present as “mild-mannered” were monitored driving on Stirling Highway, Tonkin, and the Freeway to find out which arterial road elicited the most intense creative cerebral response.

All three roads turned typically pleasant people into foul-mouthed sailors; however, it was the Freeway that seemed to have the most peculiar effect on the test subjects.

70% of the test group were witnessed entering a “rage trance” and stringing obscenities together at a pace so rapid it’d make a tradie blush. When asked if they remembered anything before the red mist, a further 65% said: “no, nothing”.

Dr. Kev in charge of the study told The Bell Tower Times,

“All evidence points to a significant proportion of the subjects having an out-of-body experience. You wouldn’t think lovely ‘ol Bev had ‘axewound-faced jizzdumpster” in her vocabulary and neither did she”

Similarly, no one expected international student Lei to so articulately call someone a “perfect case for a retrospective-abortionyadoggggg” while almost foaming at the mouth. Just like Bev, she had no recollection of the vicious barb after the encounter.

While the Freeway caused the most creative abuse, Tonkin was still noted as causing the most aggressive abuse.

Perhaps drivers soaked in their surroundings and while never been in a fight in their life, were musing about the violent acts they’d like to inflict on the dick head who cut them off 200m ago.

It is theorised that the brain struggles with the concepts of a “FREEway” and the actual reality of the road and tries to protect the mind by releasing a kind of “steam valve”.

After calling a Triton driver a “fuckarsed son of bitchkarnt’, Bev’s heart rate stabilised. At least until several seconds later when she was all worked up again over a merge.

It should also be noted that while Stirling Highway caused a very intense reaction it was far from creative. With subjects being witnessed speaking in tongues and primal noises.

It is theorised that the brain is simply overloaded with rage on Stirling Highway to produce beautiful offensive poetry.