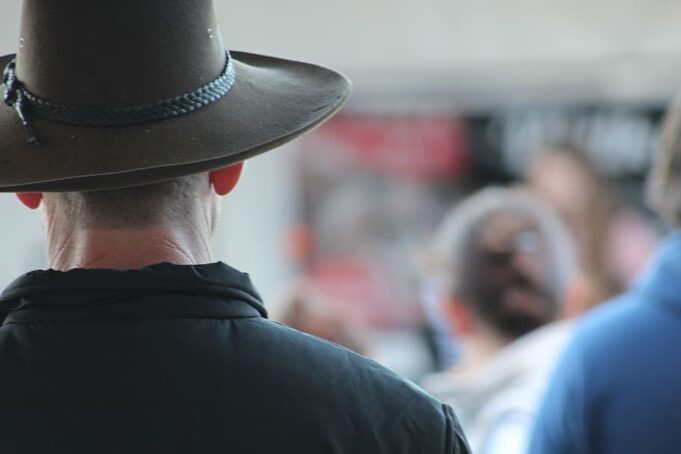 Old mate Crackers is a good ol country boy that likes the simpler things in life. His world was blown apart on a recent visit to Perth for a relatives wedding when he was taken to a swanky microbrewery specialising in craft beers.

Since Crackers was old enough to drink at the age of 7, he’d been sucking back Emu Bitter out of a stubby. He’s partial to an Export and in 2009 he was the talk of the town after going “crazy” and trying a Swanny D.

His wife of 50 years said she’d never seen Crackers so adventurous. She’d feared he was ticking some things off his bucket list but as it turns out he was just too pissed and grabbed the wrong beer.

One can only imagine the shock he experienced walking into a venue that failed to stock either of his two favourite beers. His nephew told The Bell Tower Times,

“I’ve never seen a bloke look so worried, he gave up on the big chalk menu after questioning whether the stylised font was written in English and had a crack at the smaller menu. It was a cold day but he was sweating profusely”

His son-in-law, Trev, went over to help but got a swift knuckle tap to the balls as Crackers growled in his ear “what the bloody hell is a Saigon? Isn’t that a country in China? Is there any normal bloody beer boy?”

“He only knocks people in the cock when he’s stressed, it’s his way of communicating with us. He had particular trouble with the Saison, especially after I explained it was aromatic, fruity, and a bit zesty. I think that gave him a headache because he grabbed his head in anguish”

Crackers soon found himself in trouble. He was hyperventilating and began to lose balance when the bartender gave him a sample of “their take on a lager style beer”. Poor bloke didn’t know what was going on.

A bartender on shift told us,

“Honestly, I thought old mate was having a heart attack. He looked worse for wear as he gripped my arm and told me he’d give me $50 to pop down the road and pick up a carton of Emu. This damn world had just most too fast for him”

Luckily, his fast-thinking wife had seen a similar reaction to an ill-fated trip to Broome. Where Crackers menaced a seasonal worker with a steak knife over why they put mango into a beer.

She took him outside for some air and then down to the local bottlo to load up his Driza-Bone jacket with strategic stubbies.

After a few sips of his bush chook medicine, he was able to calm down and spend the rest of the afternoon explaining why he’d never drink “any of that shit” to all who would listen.

For more on getting back to basics: IN FOCUS: EMU EXPORT