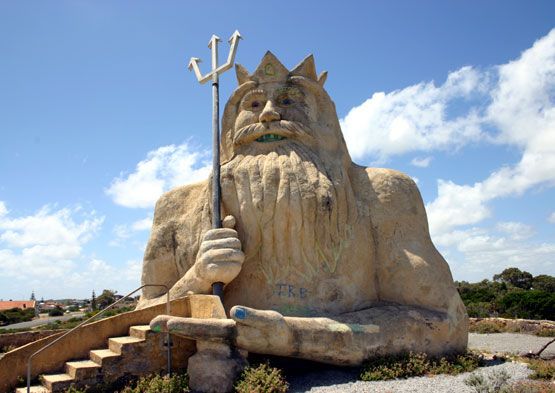 Western Australia has been sent scrambling to adequately prepare for the Grand Final after it was announced today the MCG couldn’t host the big event.

Not only does the prehistoric population need to discover fire ASAP but they’ll also need to make an offering to our primitive Cave God to ensure he does not smite the big event. As per our primitive traditions.

WA is looking for a highly motivated newborn who seeks the opportunity of (literally) a lifetime. Some say sacrificing yourself to our petty and vengeful God is the highest honour one can receive in the Stone Age State.

The following is from an official statement from the Department of Human Sacrifices,

“We can’t risk a situation like earlier this winter where the Great Rocky One caused the suburban floods because he was pissed off he couldn’t go to Bali this year. We must keep him happy or we will all suffer the consequences”

It’s not until ol mate’s trident runs red with the blood of a worthy sacrifice that the head of Cave Stadium can ensure sufficient commercial arrangements are in place to provide catering, security and booze for the big event.

“It’s a supply chain issue, the Beastmaster in Chief refuses to start the hunt to retrieve the sacred meat until he is sure his warriors will be blessed by the God of Two Rocks. Pretty simple stuff. So until that happens we can’t lock in the catering contract”

Applicants for this great honour are urged to consider the permanency of the arrangement but to remember they will be etched onto the walls of our caves for eternity.