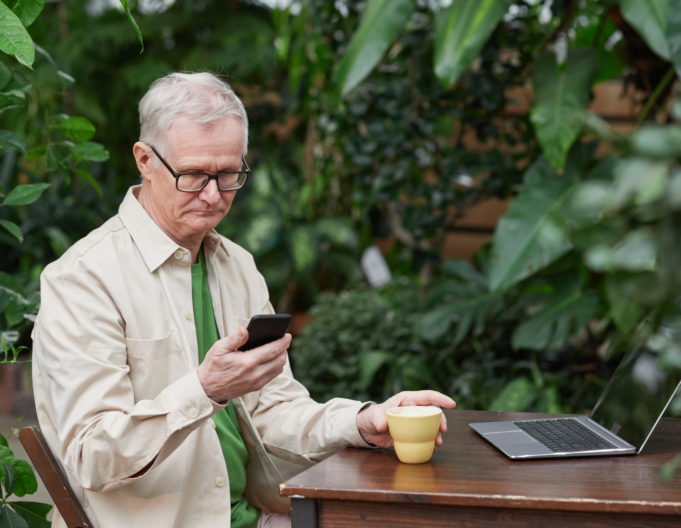 “What?” Craig replied to his wife of 30 years after being told their youngest daughter had posted a heartfelt Father’s Day tribute to her 568 followers this morning.

Confused at over half the words his wife had just said, Craig read the online message and was met with a mixed feeling of joy at the sentiment and confused irritation at the long string of hashtags.

“What’s all that about, luv?” He pondered reading through such pearlers as “#fathersday #daughteroftheyear #lovedad #thisdaughtergoesalright #mothersday #dadlife #followme #like4like #newbalance #bunningsgiftcard”

“I’d never seen a man so lost. I think he was expecting a phone call. He never thought he’d have to delve into the dark bowels of social media to read his dad’s day message. I could tell the hashtags irked him on some deep, fundamental level”

Craig was clearly struggling with the concept and told us,

“I don’t have an insto-gram account. How was I meant to see that? Do I have insto-gram? I got this new Samsung phone last year. Helen said all my photos were on the cloud now. Did the cloud sign me up? Can you tell me what all those words following the hash characters are?”

After taking another look at his wife’s phone screen showing the post. He once again began to look perplexed. He continued,

“Who are all these people leaving comments on it? Do they know me? I don’t go around writing comments on other people’s X-Mas or Birthday cards when I go to their house”

We spoke with the daughter who explained her decision to post the message to Instagram rather than directly to her father by saying, “how else will everyone know what a good daughter I am?”

Luckily, the day was saved by his son who knew just how Craig liked his Father’s Day to go – a bacon & egg breakfast followed by a BCF gift card and a 6 pack of Crown Lager. The golden microphone.

We asked Craig about his other daughter who had decided to boycott Father’s Day on account of the “patriarchy”. He just grumbled and said she never had too much problem with all that when she needed help with her housing deposit.

We knew it was better to leave that particular sleeping dog lay.