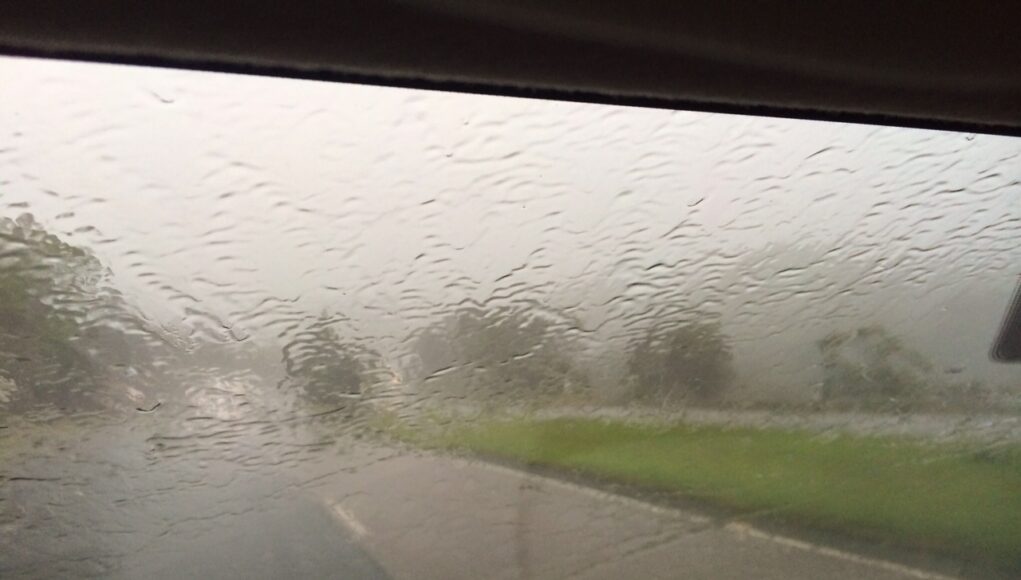 Ron has done his research and he isn’t convinced by the claims of every other motorist that switching on your headlights in rainy conditions is conducive to road safety.

Speaking to The Bell Tower Times, Ron made it clear that he’ll turn on his headlights when the sun sets and not a fucken minute before,

“If you’ve got your headlights on then what’s the problem? Don’t see how it’s any of your business either, my auto-illumination system, my choice, carnt. Once it goes dark, I’ll switch ‘em on otherwise keep the hell out of my way”

Ron’s sister-in-law couldn’t agree more. Alleging that big visibility wants you to turn on your headlights in bleak conditions to help 5G waves move more freely from mobile phones to human brains. She told us,

“You tell me, do you ACTUALLY know one person who has benefited from headlights? It’s all a scam. Big visibility just puts headlights in your car because they are working with big charge to make us buy more batteries”

Ron’s cousin spends on average, 15 hours on YouTube every day and was even more scathing of the public’s pleas to switch on your headlights during poor visibility conditions,

“My cousin’s mechanic invited me to this Facebook group that said more accidents are caused by optimum visibility than without. It’s all to take away your freedom as a driver to decide what light conditions you want. Do you actually know what’s in a light beam you sheep?”

We asked what he was going to do about this perceived injustice. He responded,

A road safety expert assured us that turning on your headlights in low visibility conditions was a great way to prevent a raft of accidents on the road. Promising us that they had no ulterior notice to ‘Big Visibility” despite what YouTube may allege.

“Ultimately, you can protect yourself and the people around you by switching on your headlights in rainy conditions. If someone can’t see you then how can they avoid you?”

Ron scoffed at the suggestion, pointing to his Ford Ranger and asserting,

“You see that, pindick? It’s huge, who can’t see me going, king of the fark’n road, so stop trying to TREAD ON ME”

Get some rest Ronny boy.