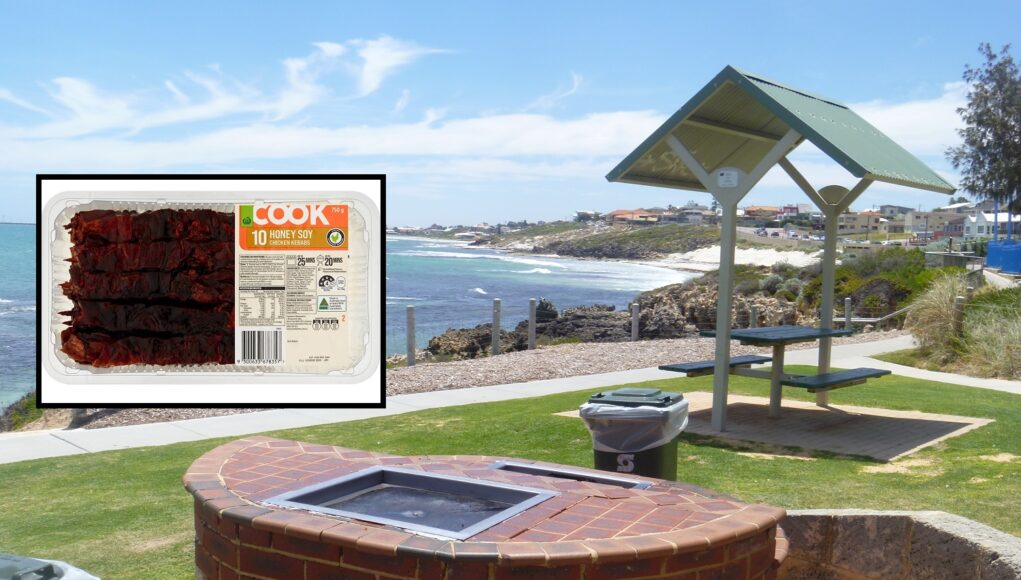 Ken doesn’t consider himself a hero. Just a seasoned campaigner that saw a classic, rookie BBQ mistake about to go down while he waited patiently for his turn on the BBQ.

An inexperienced group had clearly come unprepared and seemed meek while planning their cook. Ken told The Bell Tower Times,

“I was just about to start some good, clean spin bowling to my daughter when my New Balancey-senses started tingling. I could tell some wayward citizens needed a good dadding”

“I think Ken was first alerted when they couldn’t find the button to turn the thing on. Absolute amateurs he would’ve muttered but what really got his attention was when they took out 6 packs of the cheap honey soy chicken skewers from Woolies. As Ken would say – not on his watch”

Passing the tennis ball to his oldest boy, Ken started the stern but welcoming power stride of the alpha dad. His son recollected the next moments,

“Thing about dad is, he’s prepared. He instantly conducted an ocular assessment of this BBQ and determined they didn’t have oil and were about to go raw dog on that hot plate with the stickiest of sticky cheap shit. He couldn’t let them do it”

Determined not to leave the plate stickier than a bukake at Willy Wonka’s factory, Ken offered the group a can of canola oil spray and a spare BBQ protector. He told us,

“Once that horrible stuff cooks on and caramelises you’ve got a decent scrub on your hands. This isn’t my first rodeo. They were going to destroy that plate for everyone else and have half the bloody chicken stuck to it and let me tell you, there isn’t much meat on the skewers anyway, that’s how they get ya”

It was evident Trisha had a sparkle in her eye. Hearing all the ways how “they” “get ya” is her weakness. Why she married the man in the first place.

We spoke to the group who had a history of destroying BBQ hot plates from Rockingham to Waterman’s Bay – yet inexplicably never learning their lesson. Their ring leader told us,

“We’re usually pretty unpopular down at the BBQ spot. Half don’t give a shit, half forgetful. Ken really changed our life though. We now understand that every Australian must leave an acceptable hot plate for the next family. We were living the life of degenerate filth”

It’s all in a day’s work for Ken who is expected to take out the Aussie of the Year Award for his valiant efforts.