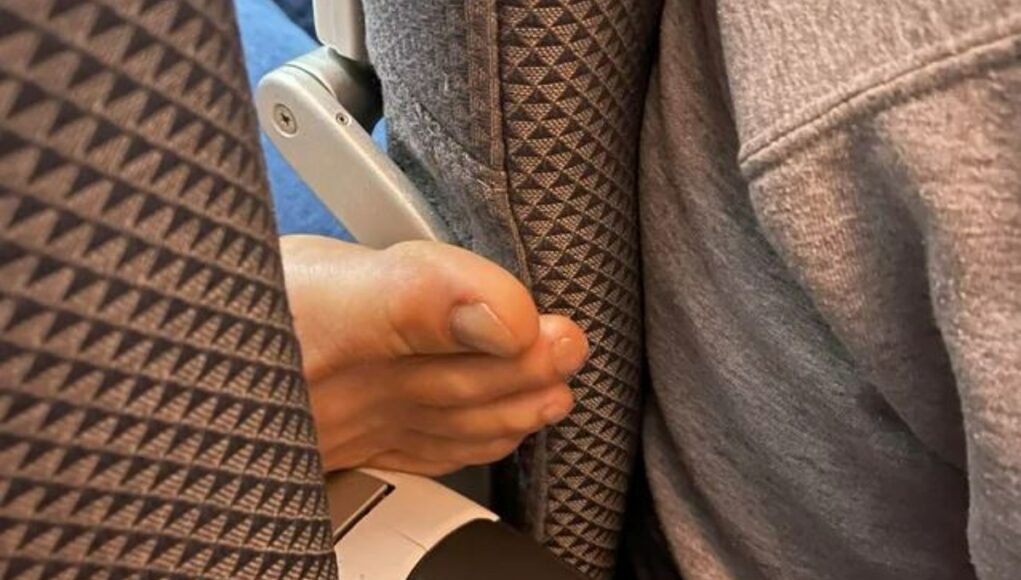 Save for providing reliable flights & reasonable fares, Aussie airlines are doing all they can to try and entice people back onto their planes. In a novel move, they have decided to make a publicly available register of everyone who rawdawgs their sweaty hobbit hooves while in flight.

It’s a policy that is expected to make people think twice before subjecting the rest of the plane to the abrasive odours of the over-matured foot-cheese wafting grotesquely through the ever-shrinking cabins.

Not only will the public be able to look up who boldly goes barefoot in aeroplane toilets and then rub their feet all over the seats but it will also mean they will not be able to book a flight on any other airline except Jetstar – the spirit of grubby passengers.

We spoke to a relieved business traveller who woke to find a goblin toe poking out and gently brushing his elbow as he tried to catch some zzz’s on a flight to Melbourne. He told The Times,

“How can one toe get so greasy on a short flight? I could feel a kind of film left on my elbow as I recoiled in horror. I look back and the cretin’s hairy foot is still riding right up between the gap. It’s the last thing I needed”

However, the threat of naming & shaming and a life relegated to Jetstar won’t deter a seasoned Bali campaigner who told The Times,

“Yeah, nah, gotta have me feet free mate. Have you ever seen me on a flight? I really don’t give a shit about anyone else’s comfort ha ha. Anyway this is what a real man’s feet smell like, sorry if that offends you snowflakes”

Indeed, his missing-link-tootsies are the last of your problems if you are sitting next to that guy. A man who famously pissed himself in his seat after causing a scene trying to get to the toilet on takeoff. He added,

“Don’t like feet? How do you like human piss slowly leaking into your seat ha ha, is there a register for that too? Cos I’d be on that one I reckon”

RELATED: Jetstar to introduce octagon cage so bogans booted off planes can fight for a seat on the next flight