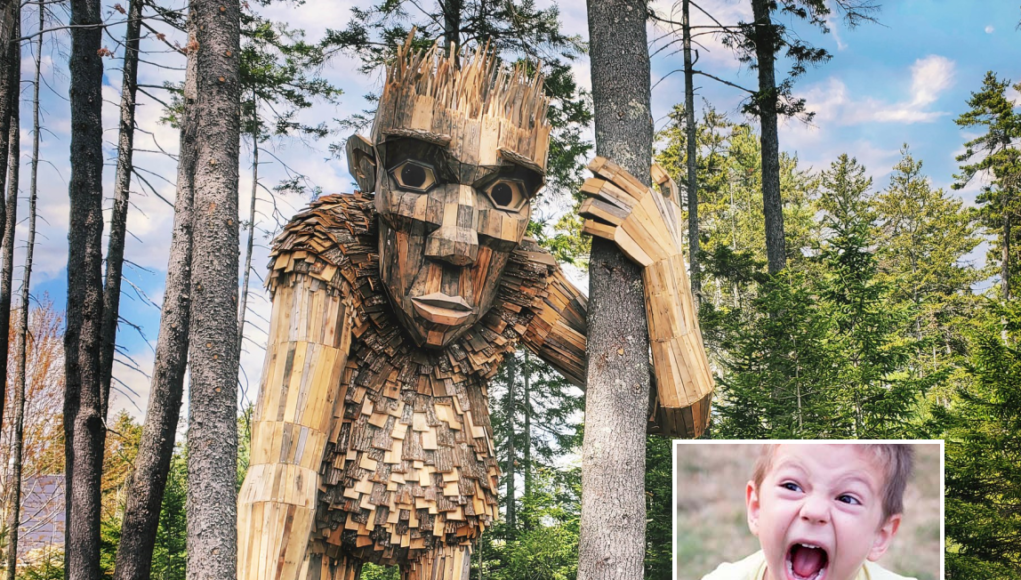 Mandurah doesn’t always come through with the goods but when it does, it does it in style. This is very true for the first weekend of the Dambo Giant’s exhibit in Mandurah & the Peel region.

It has been reported that almost every single family with kids has rushed to be among the first to search for the Giants in what can no doubt be described as a pram-pilot hellscape and parking horrorshow.

In an official statement, Perth told its southern cousin that it was proud of it for doing the heavy lifting this weekend. Noting that the usual Perth parks, shopping centres, and cafe strips are enjoying a peaceful vibe without the ear-shattering shrieks of red cordialings running amok.

Time will only tell how long this tranquillity will last. However, we do know that the Giants will be on display for at least 12 months. Making the rush to see them a tad perplexing however that’s how Perth rolls.

We spoke to a man who was loving the peace at this local foreshore this morning. He told The Times,

“I just wish all the families with crotch goblins could have spaced this out a bit more. I reckon everyone’s seen them this weekend. We could’ve had 12 months of reduced screeching in Perth. One can only dream”

Mandurah is said to be “blushing” at the praise the WA capital city slung its way. With a source close to the mini-metropolis telling The Times,

“We often get the impression Perth is a little embarrassed by our shenanigans down here. They only really visit for the crab festival or if they are in a news crew covering some disgraceful brawl. We’re glad we can help out”

More on the joys of Mandurah HERE.

RELATED: 5 of the best Perth day-drinking spots to spend a day off