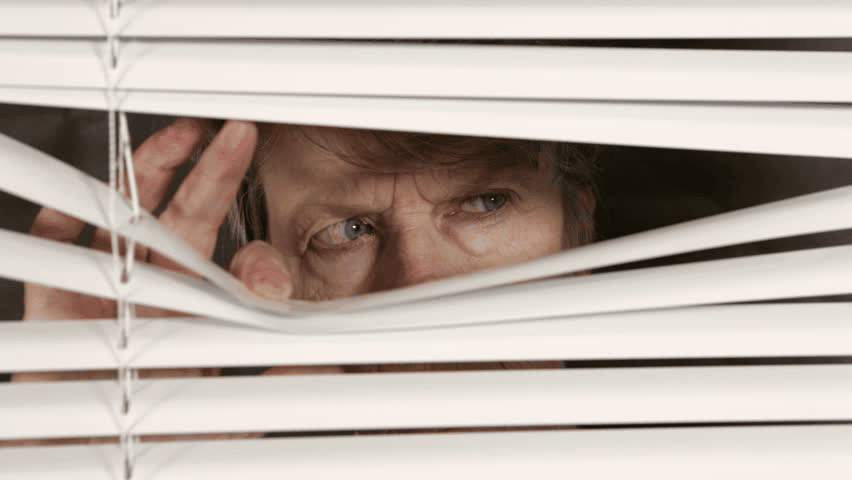 One could only imagine Cynthia’s shock when the shrill laughter of children coming from outside interrupted her brunch time sherry this morning.

Having endured more than her fair share of Sculptures by the Sea, Cynthia knows the difference between affluent & impoverished expressions of joy.

Make no mistake, these were the youthful cackles of future drug king pins and gang members. Peering out the window confirmed her worst fears. Cynthia told The Bell Tower Times,

“I instantly noticed that they all had, what one might call, a year-round-tan… if you catch my drift, darling. Not to mention every member of this rapscallion gang had a piece of red clothing on. I’ve read enough literature to know what that means”

Cynthia was quick to take action. Sending her husband out to collect photographic evidence of the nefarious activities these little gang bangers were no doubt up to. He returned with the goods and Cynthia got them up on the local community page with haste.

Legitimately feeling like she was providing a public service, Cynthia warned her fellow neighbours of the developing situation,

“Please be careful if you are walking the streets. These youth are clearly pretending to kick a soccer ball as a cover to gain entry into people’s front yards. On even appears to have a skateboard. Keep your doors lock. I have called the police”

It was clear the fear that these kids could pop an ollie at any time and skate straight into her antiques room was overwhelming for Cynthia.

Ethnic children in matching GANG colours caused quite a stir in the group with accusations being thrown around that this lot must be responsible for the great garden hose shrinkage in the area.

However, a relatively new member of the Cottesloe community painted a different picture that would prove to be at great odds with Cynthia’s absurd view of the world.

“Saw this family getting fish & chips just before, looks like they were all wearing red hats from their soccer club after the game. You could tell they were uncomfortable given how some of the oldies were staring at them. Proper disgust in those old bats eyes”

Cynthia was having none of it. Deciding to ring a local bureaucrat to make it clear that just because this ethnic family was visiting Cottesloe for fish & chips after soccer didn’t mean they weren’t building a meth lab.

Today’s call to the police marks Cynthia’s 78th contact with the department for the year. With over 27 calls alone being in regards to a tradesman’s ute that parked across the road from her house during some renovation work at a nearby property.

“We have standards to uphold, I simple can’t have this tradesman rapidly consuming an iced coffee beverage and being sick all over my lovely roses”

Hopefully, the police will send the TRG next time.