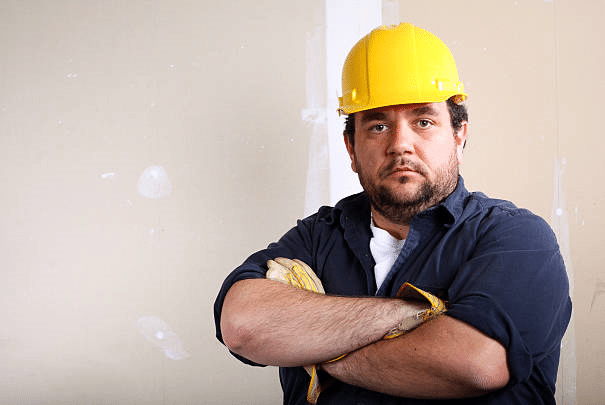 If you’ve read any of Ryno’s Facebook rants, it’s clear he reckons Perth’s construction industry is overrun by cowboys and “that lot” who must’ve got their qualifications on the back of some ethnic cereal box.

Ryno is filled with rage anywhere he goes in Perth as he’s confronted with what the claims is construction jobs made by a “packacunts” and “muppets” who he claims have no place in the industry.

Only recently, Ryno flew into a rage after seeing a slab laid nearby that, despite having no training in concreting, reckons was “weak as piss”.

A bartender at the local front bar recalls overhearing Ryno,

“Perth, nah, nah, Western Orrrrstrailian construction is a joke mate, these muppets couldn’t lay a slab if it was at a concrete brothel, I’d knock the dogs out if I was on site, ay”

Some may call say these are bold claims from a man who was last before a WorkSafe hearing for falling asleep while he was meant to be spotting a couple of chippy’s working at height.

Ryno, 39, reckons the charges were “bullshit” on account of the fact no one he knew could “stand in the sun that long after the kinda night he had”.

Although irrelevant to the charge, it cannot be doubted that the 6 buckets, 3 pips and 16 pints of Swan he had on a Thursday afternoon would test even the most elite pisswreck’s ability to perform the nexty day.

His Union rep reckons there was little point fighting the charge especially on the back of previous appearances for firing a nail fun into an appreno’s buttocks and padlocking his site supervisor in the portaloo and trying to kick it over.

Speaking to Ryno, he somewhat explained his actions,

“Yeah nah, nah, nah harmless fun, mate. He aws a sparky or someshit so I told him he’d be used to get nailed up the arse *laughs labourerishly*, he loved it”.

Asked about the supervisor, Ryno continued

“Ah yeah, nah, fair cop, been drinking that day, ay. He reckons I was unfit to be on a construction site or someshit. Smug cunny, had his shirt tucked in and everything. He had it coming, regret it but, misso left me after that one”

Asked how he manages to get back on sites after his history, he told us

“I lie obviously plus I’m down with construction, too many cowboys mate, getting balls deep into tree lopping at the moment, these old farks believe anything”