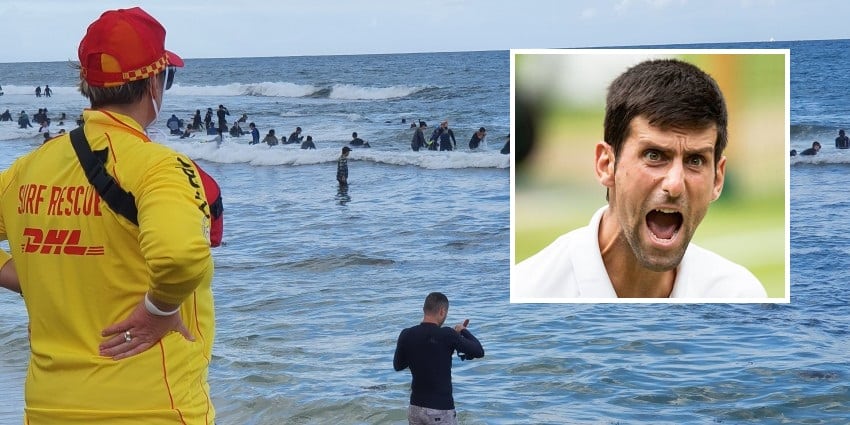 WA Fisheries has dealt a shock blow to the world number one’s plans to enjoy the hour of power abalone scramble on the 5th & 19th February this year.

It appears the divisive Serbian had planned to head to WA after the Australian Open – with the next day of the abalone season conveniently falling on the day WA opens up to Australia (maybe).

A spokesperson for Fisheries told The Bell Tower Times,

“Look, we can confirm at this stage that Novak was granted a licence to fish for abalone in the 2021/2022 season after paying his $50. However we were forced to go back on that decision after receiving a tip off from Border Force”

The call to Fisheries was made minutes after the decision by the Federal Circuit Court overturning Immigrant’s decision to cancel his visa. Essentially making the Federal government look like a pack of tits.

A spokesman for Novak was shocked at the decision and vowed to appeal the matter. We were told,

“This is clearly some type of revenge from the Australian governments on Novak. They made a complete balls-up of his Visa and are trying to salvage what reputation they have left. Like all abalone fisherman, Novak has given an undertaking to obey the bag limit and paid his $50, what more can he do?”

It appears the extraordinary overreach by the Federal Government in intervening with a state recreational fishing licence is indeed to claw back some self respect. After all, a nation has been left scratching their head at the colossal shitshow unfolding before our eyes.

Novak’s review of Fisheries’ decision is, of course, pending whether the feds go nuclear and turf him from the country anyway.

For the very first time in history, all eyes will be on WA Fisheries in the upcoming days.