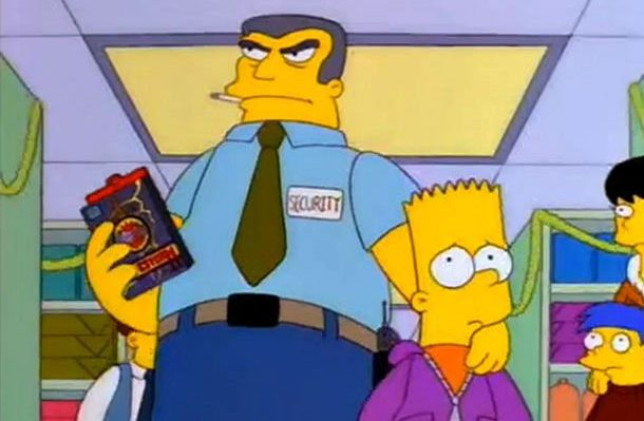 Thursday represents different things to different people. For some, thirsty Thursday is the day they get a little too excited and make their Friday drag on longer. For others, it’s the allure of extending trading hours at their local shopping centres.

Naturally, Perf is at that size where it’s big enough to need late night shopping hours but also small enough to run the unacceptable risk of running into some mouthbreathing shitstain you used to go to school with.

Running this gauntlet is done so at your peril. While you can happen upon an unpleasant encounter anywhere in the centre, it’s probably more likely to occur at the food court. A Mecca for breeders to convene with their cretinous children to facefuck Bucking Bull or KFC into their consumer-holes.

Should you run into an acquaintance from school, it’s advised that you have a shortlist of conversation topics on the go. It’s like a Facebook live-action roleplay. Remember to always leave the encounter with a promise to catch up. A promise you would rather sand-blast your love taco than keep.

Outside most food courts you’ll encounter a different type of social-itic parasite – the kids who don’t realise their devotion to being cool at 15 will pay dividends in the loser lottery later in life. Avoid such areas at all costs.

Unless of course, a classic youth fight breaks out. Then you’ll have a front row seat to classic shopping centre entertainment. Wonder to yourself why these little hard arses have picked such a high CCTV dense area to swing like a spaghetti-octopus with electrodes attached.

Similarly, watch a similarly aged youth risk it all for some mascara from Priceline. Enjoy the cathartic rush knowing that you are several decades beyond pulling similar stunts and no matter what, your night is going to turn out better than that kids. Watch ’em make a TikTok dance about that.

Of course, one must remember that a fair few of the retail workers on shift have probably been working since the day time. Mentally, physically and emotionally exhausted, they will deal with trolley loads of Karens who love nothing more than to berate staff between swine-like swigs of Gloria Jean coffee.

Accordingly, if purchasing goods from a spiritually dead human being is your thing, Thursday night is your opportunity. Leave with the knowledge that you just endured an experience that would make a prostate exam from Edward Scissorhands feel like a soothing massage.

Conducting Yourself with Decorum at your Kids Sports Game