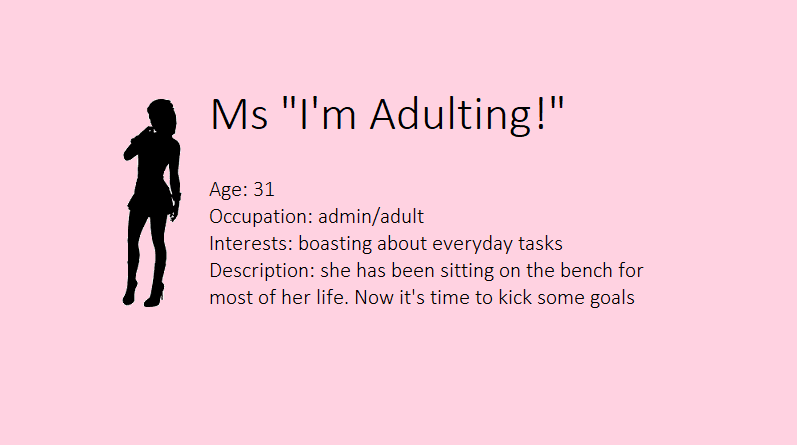 At the ripe age of 31, Tayla’s parents made the brave decision to flush out their beloved little parasitic-worm that was eating half their food and generally sucking the life out of their twilight years.

She was officially “adulting”, a term used by people who set the bar of human achievement pretty low. While some millennials strive for money and power, Tayla just posted a photo of herself nearly assembling an Ikea MALM.

Sure, two of six drawers will never properly open and close and there’s a concerning number of unused parts but Tayla is chalking this one up as a win. She captions her effort,

Having almost tasted the sweet drippings of DIY Swedish success, Tayla turns her mind to some advanced adulting and decides to throw a proper sit-down dinner. Not the usual snot-dexies-off-your-backyard-setting at 4am slopfest, a proper, damn dinner, cutlery and all.

Tayla proceeds to Snapchat her entire adventure to Farmer Jacks. Clear your schedule people, adulting just went live. Halfway through scanning her big shop, she is struck with a rough realisation that she is about to pay a higher price than WA resident with no grasp of the fortnightly fuel cycle.

In an act decidedly less mature than the cheese she so sorely wants, Tayla puts the decadent on her folk’s emergency credit card. She spends the next 3 hours giving Jamie Oliver a run for the title of smuggest salad-tosser of all time:

Despite the odds, Tayla successfully prepared a salad and cooked a few field mushrooms for multiple hungry people and even managed to post several times about it. We will have to wait for the book to understand how she really pulled all that off though.

Just like a suss insurance claim she had risen from the ashes and was now a brilliant phoenix of mundane tasks. A true inspiration to anyone still inhaling air through their mouths and suckling upon the teat of uselessness.

What could possibly go wrong? Well, Tayla found that out when the adulting train finally stopped off at utility bills station. Aw snap, when keeping it adult gets real.