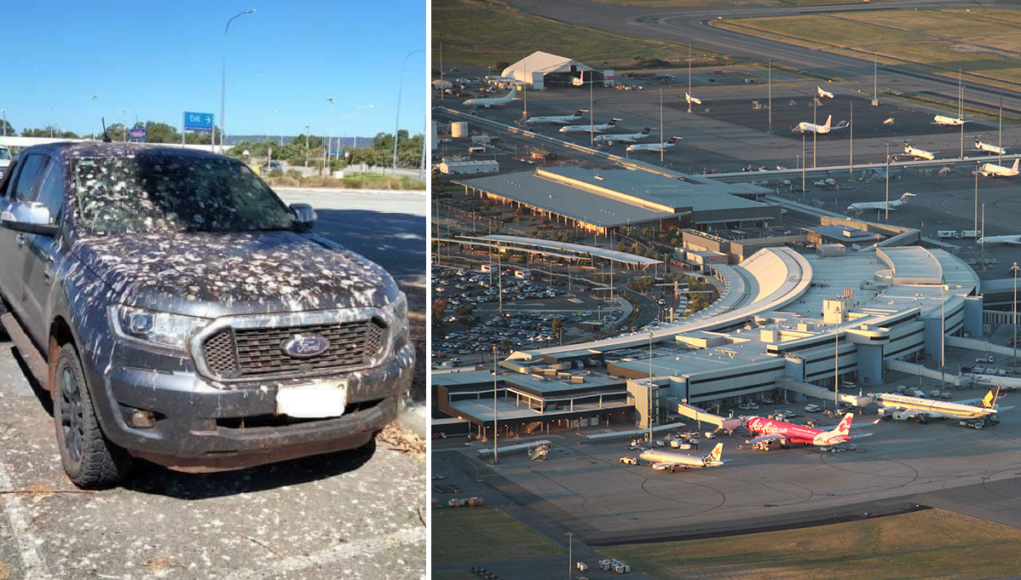 It’s been a rough time for airports during the Pandemic but Perth wants to remind punters that they still want their business and are prepared to throw in a little something extra for it.

A spokesperson for Perth Airport told The Bell Tower Times,

“We have limited, exclusive spots where a passenger can not only nab some shade but return a couple of weeks later and see their car transformed into a piece of art”

A team of extremely bored and petty birds work tirelessly to make sure every car that enjoys a bit of shade ends up looking like a shirt Troy Mercanti would wear.

“Look, it’s exactly the kind of wanky makeover some insufferable tosser from Melbourne would spend thousands of dollars on! You know the type, kind of bloke to have a reaallll slappable face. A real c u next Tuesday. And here we are giving it away for free”

A punter who received the free makeover last month told us,

“Not only was my car marginally cooler when I went to get in, but it was also really funky. My daughter posted it to her TikyTok it was that cool. Really made me wonder why I’d bothered getting a new paint job last year, what an idiot I was”

The spokesperson conceded not everyone would understand “art”, telling us,

“You’ll get some people in the community who will allege their car has been violated. This isn’t a German naughty movie set, bla bla. We just want to say, we hear you, and your concerns are valid. Anyone not happy with their makeover will enjoy a 5% discount on their next parking fee”

Another proud recipient of the Perth Airport makeover had a different reason for taking them up on the deal. Rod told us,

“For me, it was a security reason, my paint job is shit anyway, and I figured if the car was covered in bird excrement it would be less of an attractive target for the little reptiles that go looking for valuables left in cars. So far so good”

By request, Airport staff will happily provide the native bird life with a selection of coloured seed if you wanted to really spice up your makeover. Bloody diarrhoea red is very in this season!