They say opinions are like arseholes and yours has prolapsed all over the clean bedsheets of social media. Again.

This time, you felt a great imbalance in the force – an event of global significance is taking place and you haven’t flung a steaming pile of conjecture against the wall. Of course, this event is the Trump v Biden debate.

It was a spectacle that did less for geriatrics relations than Lemon Party. Did you watch it? Kinda but your credentials on this matter can’t be disputed really.

You listened to 5 minutes of the debate, half-read an article and shared over 15 Simpsons’ memes on the topic. That’s some top tier education by today’s standards.

After making some powerful observations about Trump being racist and Biden having the mental capacity of Milo Kerrigan after a spin on the Gravitron you dive into some attacks on the moderator.

In such a highly polarised debate, rehashing the repetitive tropes about either candidate will yield you plenty of easy likes. Of course, these are simply entrees and you’re hungry for more.

So you delve beyond the mere debate and have a crack at the policy stance of the Democrats and Republicans. Be sure you throw out a few good sounding words – primaries, caucus, Iowa, etc.

You may find that people replying to you don’t know what you are talking about. Which is perfect because neither do you. All you know is that you feel like Jonathan Swan. Your finger is on the pulse and you aren’t prepared to declare your knowledge depth dead yet.

To step things up a notch, you dip your toes into the complicated area of global consequences to the debate. If by magic, you suddenly know the effect a Biden victory will have on the rare metals industry and ongoing trade negotiations with China.

Given that you are just straight plagiarising from Reddit you are bound to be nailing a few key points. Perhaps the most advanced form of debate is one so convoluted that you yourself would be powerless to rebut it.

After a big day of reckoning some shit, make sure you listen to a real political commentator and let everyone around you know that you were pretty much saying the same thing.

To be fair, you can’t be as bad as half the people cutting a paycheck for their opinions from News sites. So, have at it, partner! 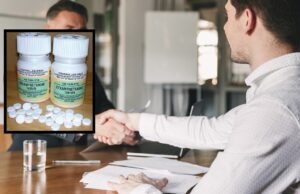