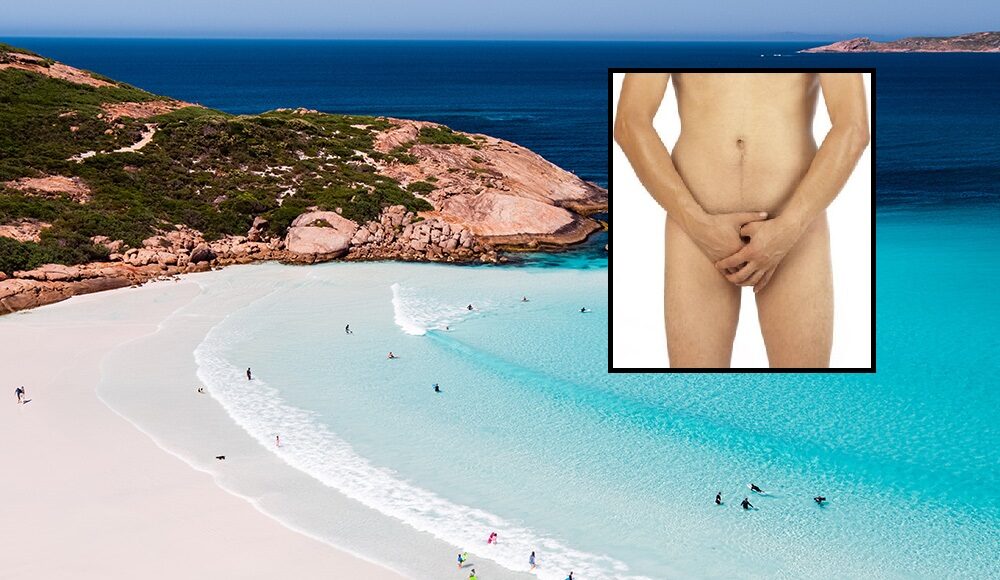 Greg was having the wander out yonder of his life as he made his way down the WA coast to Esperance. Things got even better when he caught the eye of a girl also holidaying in Esperance. Sparks were flying.

The pair hit it off at the caravan park over some good ol fashion Esperance day drinking. By the 8th can of Bush Chook, you could cut the flirtatious tension in the air with a butter knife.

Alas, Greg began to feel a little inadequate as Kayla shared stories of her going full YOLO on past euro trips. He knew he was looking like the vanilla shortbread in the biscuit sleeve of life.

Then the clouds parted and revealed a beautiful blue sky. It was almost as if God was telling him directly to seize the moment and impress Kayla with his spontaneity. A witness from a nearby caravan told The Times,

“He was grinning like a goon when he loudly blurted out that the pair should go skinny dipping down in the ocean. You could tell by how cool Kayla was with the idea that she was a much more seasoned free spirit. I wasn’t sure if Greg had it in him”

They continued sinking piss on the way down to the beach. Kayla seamlessly disrobing as she skipped across the sand. Greg on the other hand removed his garbs with the grace of a methed up Mr Squiggle trying to bore a hole of glory through blackboard.

While running into the drink Greg was apparently satisfied with the state of his hog but this was to change very soon. He hadn’t taken into consideration the arctic temperatures of the water that awaited him.

A witness taking a stroll on the beach told The Times,

“You could see the look in her eye. She was good about it but imagine if you ordered a Bunnings snag and got served a chipolata in a dinner roll. It wasn’t pretty”

Greg sucked all the spontaneous fun out of the exercise by shielding his cock as if he was Old McDonald fending off a fox in the coop. Kayla told The Times,

“There’s shrinkage and then there is full-blown retreat back to the base. I felt bad for him! I could tell his now micro peen was preventing him from being in the moment. I tried to kiss him but he recoiled in fear and screamed don’t look at me”

Greg tried to salvage the meltdown by playing a little rubby rub under the water. It’s hard to think of anything less sexy than furiously trying to coax the turtle out of the shell while your love interest is frolicking in the waves.

In the end, Greg conceded he “miscalculated that one”. Maintaining that he’s a grower and not a shower. Sure, bud.