SHARK SUSPECTED TO HAVE BEEN SPOTTED IN ITS NATURAL HABITAT – unbelievable scenes as a drunk fisherman off the coast of Cottesloe reckons he saw a 7m man eater!

KILLER SHARK – EXPERTS AGREE SHARK SPOTTED OFF COTTESLOE HAS THE POTENTIAL TO EAT A MAN – experts agree that the quantity and sharpness of this potential shark’s teeth could be disastrous to an innocent Cottesloe swimmer today.

WHAT 1% OUTLAW MOTORCYCLE MEMBERS EAT FOR BREAKFAST – usually feeding off misery, today, this outlaw motorcycle member dines on a breakfast wrap and a large coffee.

CONFIRMATION THAT THIS BIKIE HAD A BREKKIE WRAP AND WHAT NIC NAT THOUGHT OF IT – it can be EXCLUSIVELY confirmed that the bikie did in fact order the wrap with hollandaise sauce. Nic Nat said “cool”.

SHOCKING REASON THIS WASTE OF SPACE GOT OFFENDED AT SOMESHIT SHE SAW AT KMART – we trawled the depth of a Kmart mummy group to bring you the news that a human being has taken offence to a pink shirt being in the girls section.

MOST VIRAL POST REHASHED FOR A NEWS ARTICLE TODAY – check out this story you’ve already seen because it literally went viral. Our revenue depends on it.

SCIENTISTS QUESTION THE EFFECTS OF GOING COLD TURKEY ON CLICKBAIT ON THE MASSES – ZUCC TO BLAME – top boffins are concerned that without the constant desire to smash your phone against the floor, society will become used to non-misleading headlines.

STAR EAGLE SEEN CHOKING ON A DRY MUFFIN ON HIS BREAK – WILL PULMONOLOGIST RULE HIM OUT FOR THE SEASON? – we also saw him shaking his wanger a few too many times while trying to chuck a slash. Season hangs in the balance.

BEN COUSINS STILL EXISTS – reports confirm Benny C is alive and still struggling to get back on his feet due to his well documented issues. Tune in at 7 for footage of him avoiding our cameras.

SERIAL THRILLER – WHAT A BLOKE WHO RECKONS HE ONCE BROWSED A BLOCKBUSTER AISLE WITH THE CLAREMONT SERIAL KILLER THINKS ABOUT IT – we have found a stone that wasn’t unturned. Podcast on Blockbuster – and the nightmare within coming soon! 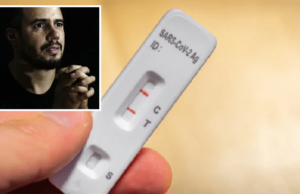 In a desperate attempt to weasel out of a cousin’s wedding, Perth man, Dan has taken to online marketplaces to make an infected sack...