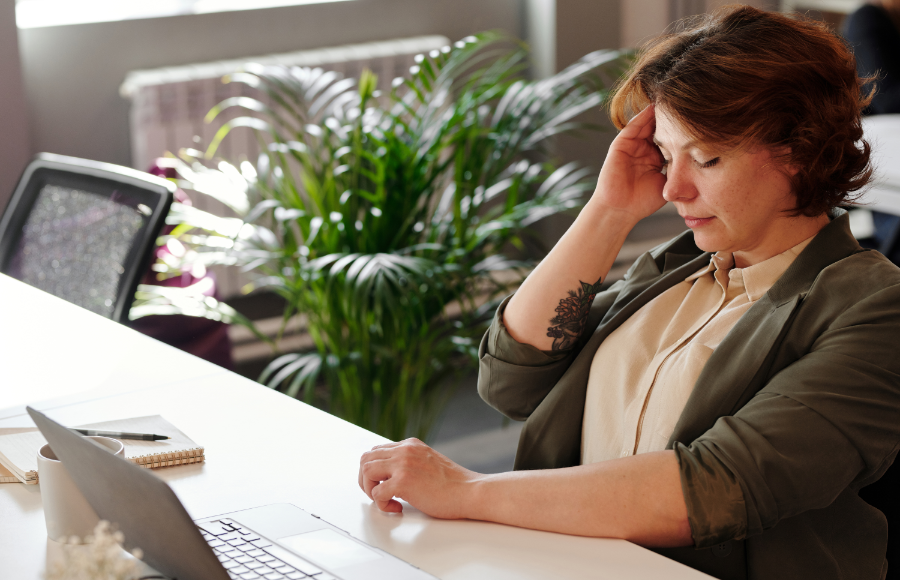 Admin lady, Janice, will be making a very stern complaint to HR after she got the distinct impression no one believed her suspiciously conveniently timed headache.

Janice was highly agitated after a colleague suggested she, “just have a panadol and get on with it”. She told The Bell Tower Times,

“Would you tell someone with a severe concussion to just have a Panadol and get on with it! This is outrageous! I shouldn’t have to explain myself! I HAVE A SEVERE HEADACHE. AS BAD AS IT GETS”

Janice said she sympathised with her colleagues having to hustle to meet a 2 pm deadline but she absolutely couldn’t lift an extra finger until 2:30 pm at a minimum. Some may consider that “conveniently timed”

A long-suffering workmate of Janice told The Bell Tower Times,

“This. Fucken. Woman. She was fine this morning, talking at length about her cats and reality TV but once we got word our deadline was moved forward and she was asked to help bind some documents she suddenly developed a migraine that could split open an elephant’s skull”

Today’s headache comes off the run of several other noggin-splitting events which have a habit of striking Janice when the office is under the pump and she may be required to slightly verge from the employment description she religiously sticks to.

You can only imagine everyone’s shock when Janice appeared at the early knock-off drinks the boss put on to thank everyone for knuckling down and digging deep to get the work done.

Far from suffering under the internal hell of cranial pain, Janice was 3 champers deep and telling everyone about her plans to attend Rockpool for her anniversary later that evening.

Sadly, her knock-off drinks were cut short after a smartarse comment from a workmate. Ken had the nerve to say, “that Panadol worked wonders hey?”

So infuriated that no one was taking her completely made-up headache seriously, Janice forced the HR manager to leave the drinks too so she would complain at length about this injustice. After all, how did anyone know she didn’t actually have a headache?

A work experience kid didn’t want to stir the pot but also noticed Janice’s knack for impeccably timed ailments that extend beyond just headaches. She told us,

“I was helping set up the boardroom for a meeting. I was under the pump and asked Janice if she’d help me bring in a platter of sandwiches. She looked at me like I’d chucked a shit in her foot spa. She got in my face and asked if I’d read the email she sent around about her carpal tunnel flaring up or something. I don’t think there was such an email but there certainly was after”

Janice is currently in a battle with her work alleging she will take them to Fair Work for harassment if they ask her to bring in some proof of carpal tunnel syndrome one more time. Alleging she shouldn’t have to due to her “PRIVACY!”