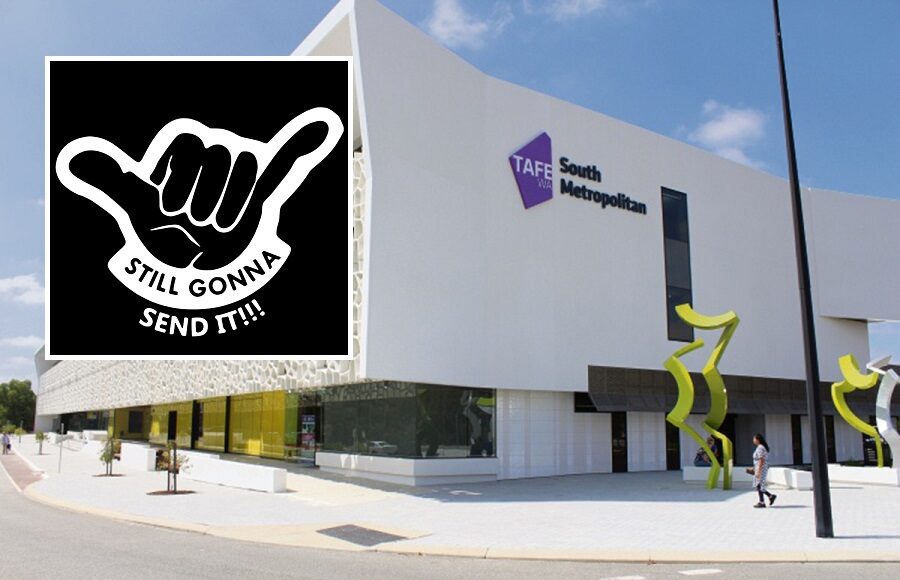 TAFE is offering classes on “sending it” as part of its mission to appeal to as many WA youngsters as possible. With the decline of the University sector, WA must boost the number of students in technical colleges.

A spokesperson for TAFE WA spoke to The Bell Tower Times and told us,

“A lot of young blokes are attracted to trades but some choose not to go into the more skilled trades due to the pain in the arse of going back to school essentially. We’re looking to fix that”

Acknowledging that critical theory relevant to fundamental skills and safety can be “boring”, a forward thinker has suggested that they “sweeten the pot” by offering WA a crash course in what they are really interested in – “sending it”.

The brains behind the course told us,

“What you have to understand is ‘sending it’ is more than just a base of knowledge. It’s a lifestyle for these kids. Whether they are launching their Patrol off the Lancelin dunes or diving off a jetty into the Hillarys Marina after a staff party, sending it is important to these kids. We need to accept that”

We spoke to Harlee who was considering unskilled work in the “mines” or following in his brother’s footsteps and becoming a plumber. He told us,

“Yeah, heard bout all the farken assignments and shit you gotta do these days, ay. My bro said he didn’t do none of that shit ay, just became a plumber one day and was the farken best at it. Crushed it mate, every day he was just killin’ it ay. That’s what he told me anyway”

Choosing against fact-checking his brother, we asked whether the new course on “sending it” swayed him towards taking up an apprenticeship as a plumber. He told us,

“Oath karnt, I even got my pract-o-cal exam planned out ay, there’s this little medium strip between the car parks, it’s fark all, i reckon I can clear it in my Navara ay, piece of piss mate”

TAFE WA said that was exactly the type of compromise they were prepared to make. We were told,

“Ultimately, we get book learning and safety isn’t putting bums on seats but maybe the chance to do a backflip into a nearby water feature will. They’ll spend it, if they can send it, as we say”

Classes begin next year and enrollments are welcome.