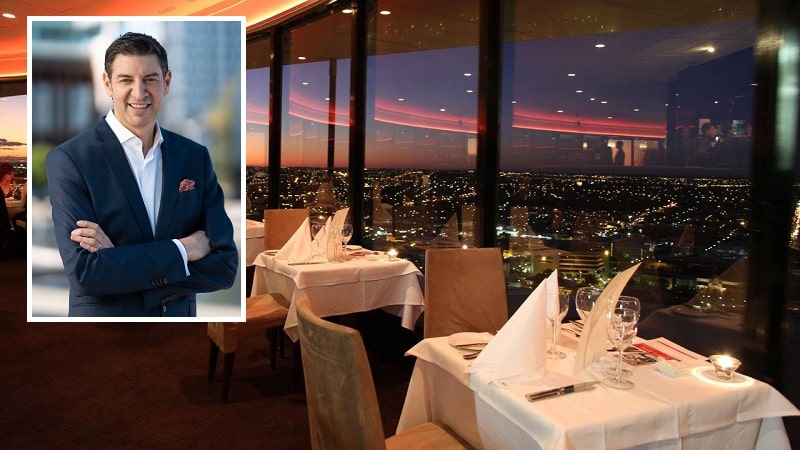 In shocking scenes, Basil Zempilas was seen crashing a romantic dinner between two love birds at Perth’s C Restaurant and popping the question on behalf of the bloke.

This comes on the back of Baz shafting Goodwin & Embley during the grand final pre-game announcements. Sources close to Zempilas say that he had a fever and the only prescription was thunder thievery.

We understand that Simon had invited his long-term partner Talia to C Restaurant to celebrate their anniversary however unbeknown to Talia, Simon had something far more significant planned.

We spoke to Simon about the encounter with a gee’d up Zempilas,

“I could sense a shadow looming over me after I’d got up from the table and took a knee. I was reaching into my pocket to pull out the ring when Basil struck”

Simon was clearly irritated but still in a state of disbelief, he continued,

“Just as I had the ring in my hand, Basil comes bowling in and gets between Talia and myself, he then announced the City of Perth was glad to have us here tonight and whether she would marry me, before wrestling the ring out of my hand and giving it to Talia”

Talia felt like she was watching a crash of quintuple car pile up proportions. She told us,

“You wait your whole life for this kind of moment and for it to be hijacked by Basil Zempilas was really weird. I was understandably shocked and Basil decided to agree to the proposal on my behalf, telling Simon, I’d be honoured to marry him”

Basil has since claimed it was too noisy in the restaurant to tell if he was required to announce Simon’s proposal and didn’t want to let the romantic moment slip away.

We understand Basil was unable to hang around for the post-proposal celebration as he decided he was needed at a gender reveal party and needed to get there before the burnout to announce it’s going to be a boy.