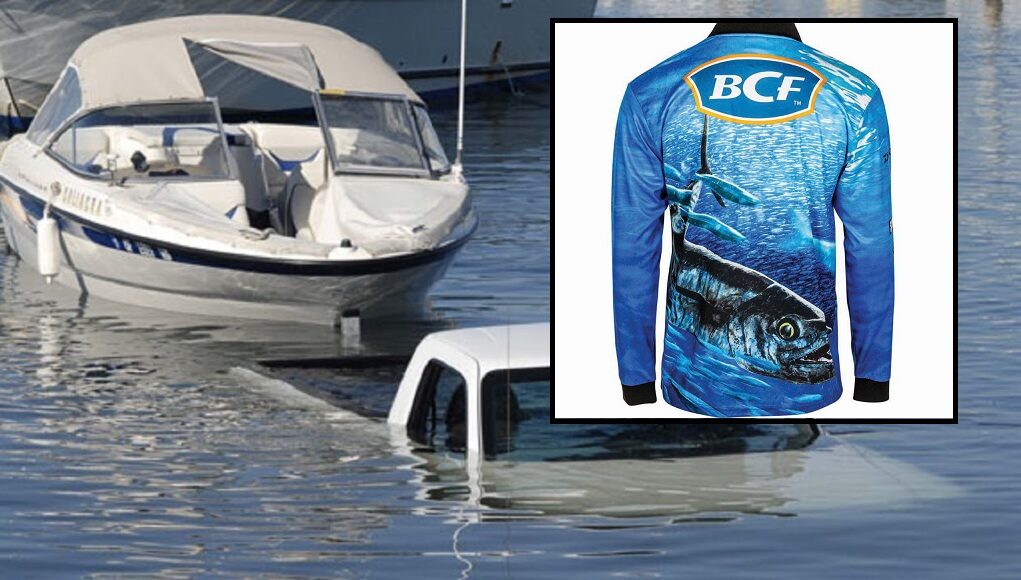 The top brass at BCF had a “brutal epiphany” the other day when they realised that their shirts & hats are worn primarily by punters who make Russel Coight look like Edmund Hillary.

Accordingly, BCF took the unusual step of sponsoring weekend warriors whose habitual ineptitude was bringing their brand into disrepute.

See, brand association is a powerful tool in marketing, and BCF was getting the uncomfortable feeling that the public wasn’t gazing upon people wearing their merchandise with the sort of adventurous respect they were going for.

A spokesperson for BCF told The Times,

“Last weekend a major shareholder of our parent company Super Retail Group went fishing off Hillarys’ marina. He was shocked to see it was a complete nuffie fest. Just a parade of incompetent clowns wearing BCF kit. He was livid”

After seeing a man drown his fourby while trying to launch a boat, the shareholder made a call to a contact high up in the company who promptly arrived at the marina with a contract and a bag of cash.

“We approached the man who was on the phone to his insurance company and told him we had an offer he couldn’t refuse. A lucrative sponsorship deal in exchange for handing over the BCF merch and relinquishing all rights to wear our brand in the future”

We spoke to the boating chud who now finds himself the first brand un-Ambassador of BCF. He told us,

“The missus bought me the shirt last Chrissy and if I’m being honest it took a hold of me. I was always twice as confident performing tasks I had no idea how to do while wearing it. I’ve lot a lot of money due to my cavalier attitude towards 4WDing, boating, and camping, mate”

The chud told The Times he intends to be a role model to all other over-confident liabilities that clog up the adventurer-drain every weekend,

“I take this un-Ambassadorship very seriously. I want other middle-aged men to realise that there are only so many hours in the weekend and you’re really boiling people’s piss off when you kook it up constantly”

Representatives from BCF will be out in force this Easter long weekend to find new un-Ambassadors to add to their flock. Adding,

“One day, the public will look upon someone wearing our brand and not roll their eyes and mutter obscenities to their mate”

Everyone can have a dream.