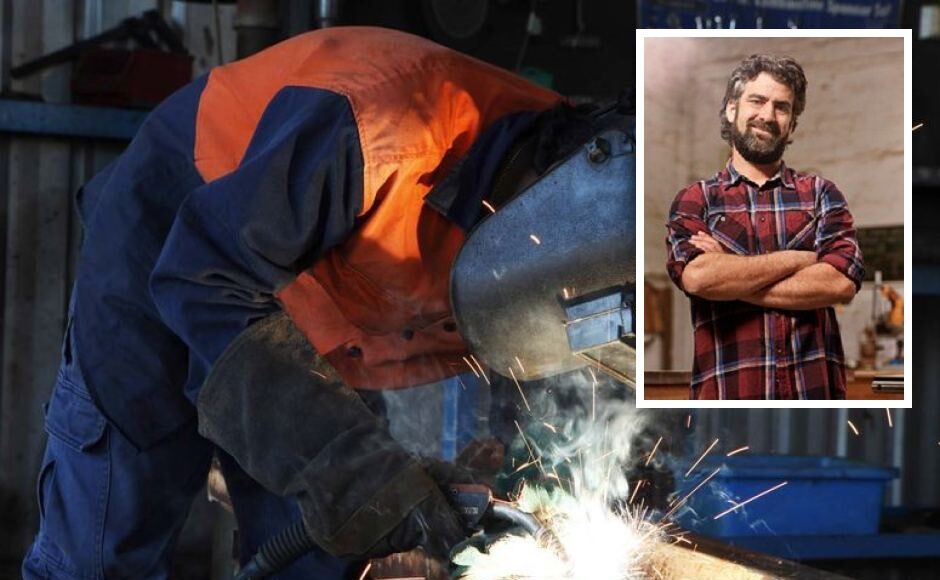 Guildford man, Tom, officially has all the credentials he needs to talk shit about everyone’s welds on online forums after owning the cheapest welder he could find for a grand total of 2 weeks.

This comes as fantastic news to Tom who had been criticising people’s welds on Rate My Weld for over a year. Unbeknownst to him, he was doing so unqualified. He told The Bell Tower Times,

“My mate showed me how to weld together a pattie smasher for burgers last year and I reckon I picked it up from there. It only felt right that I should share this knowledge with the community. I’m pretty shocked to learn that I was unqualified at the time but I’ve rectified that now”

Yes, it seems Tom’s poorly welded pattie smasher and occasional “go” on the welder at his brother in law’s farm didn’t arm him with the necessary qualification or experience to be throwing out such comments as,

“A few more amps champ, slow it down, control that weaving”, “everyone has to start somewhere but you definitely need more practice” or “way too cold, wrap those corners, you’d be off the tools if I ever saw that on-site!”, “no cold roll, rookie hour or what??”, “no pen. Fail not everyone is built for welding lad”

Little did the targets of his online fantasy know that at this point in time, the closest Tom had ever got to a work site was begging some tradies to use their portaloo after a heavy night on the Woodstock bourbons had his arse flowing like Mount Shit-suvius.

Surprisingly, after owning a MIG welder for two weeks, Tom has found he is also pretty handy at picking out faults in every type of welding. From soldering irons to TIG welders, no joining of metal is outside his scope of expertise.

We asked Tom what it was like being fully qualified now, he told us,

“Still don’t seem to get much respect online for all the help in dishing out, can you believe people reckon I pull it out of my arse? Check out these special welds I’ve been working on, you tell me who the king is”

His welds looked like a herpes outbreak after the Tin Man got a little frisky on his way to Oz. Tom told us to leave immediately.