Freo fanatic, Dave spent Saturday night telling all his beloved friends to shove it up their arse as the mighty purple was going to be the undisputed 2022 AFL premiers.

Dave would’ve booked his tickets to Melbourne after the derby pummelling they gave West Coast if the ol’ ball & chain would’ve let him.

However, in a rare moment of clarity, Dave accepted that he would need to see just a little more from the boys before being certain of their premiership chances.

So, the big win on the road last night was the cherry on the cake of Dave’s dreams. Instantly jumping onto Jetstar to snap up flights for the Grand Final weekend in September.

Dave who was still on a purple-bender told The Times,

“What you’re seeing is the finest AFL team to ever play the game. I’d bet my left kidney on them steamrolling Melbourne by 30 maybe 60 points on the day. It’s a guarantee”

Dave’s wife admitted she was happy to see Dave so happy but a little worried he wasn’t managing his expectations. Telling The Times,

“Ask any of his friends who will no longer watch footy with him, Dave’s passionate and he was up until 4am chatting to me like an excited school girl with a crush. Laying on his stomach and gushing at his poster of Mundy he put up. He’s 43 by the way”

Dave absolutely refuses to accept that he could be getting ahead of himself, adding,

“Firstly, nothing weird about having Mundy on your wall, absolute champion, a fine wine. Secondly, looks like the coach has finally been reading my emails on tactics and defensive pressure. Bit hard to ignore 20 emails a week, ay?”

It’s indeed been a testing time for Dave’s heart – both symbolically and physically. As his eldest song bore witness to a near schadenfreude OD on Friday night. Telling The Times,

“It was distressing. He kept saying every Tiger goal is a goal closer to me getting a new sibling underway tonight. I thought he was on MD or something but then he turned real sour and was going troppo online about why Freo isn’t getting the Friday night games. It was a rollercoaster”

As it stands, no one in Dave’s household is allowed to use the P word. Should anyone comment on Petrecca’s form they will feel the full force of Dave’s cold shoulder. 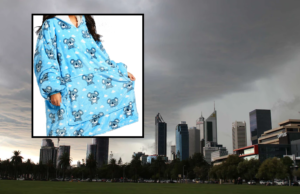