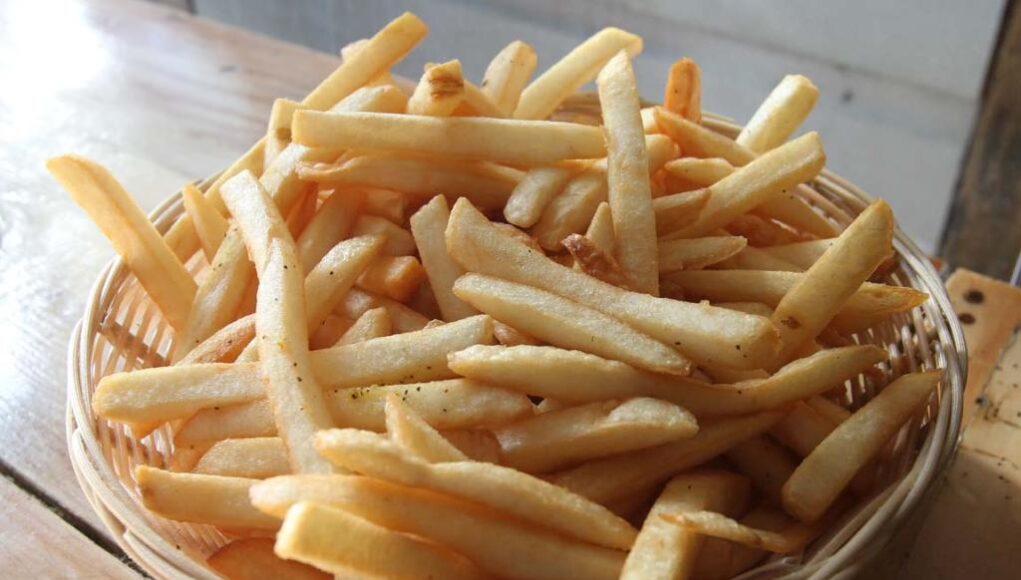 Peak agricultural bodies have warned that Australia’s hot chip moochers will really feel the pinch of the potato shortages this silly season. Times have never been harder for tightarses who skip out on buying a meal just to pick at another diner’s chips.

Due to apocalyptic weather conditions over east, potato farmers have been unable to keep up with the insatiable demand for hot chips. The general public is warned that the humble hot chip will be rationed and if the situation gets worse left off pub menus entirely.

We spoke to Ciara who typically gets through life mooching hot chips from her friends & family. She is uncertain about what the future holds for her,

“No chips on the menu? OMG I’ll actually have to buy a meal. I can’t go through life just asking for a bite of people’s burgers or parmis. This is the worst thing to happen to anyone ever”

We spoke to James who says his serve of hot chips is always being circled by the couple of cheapcunt vultures in his friendship group. He said he’s going to put his foot down,

“I didn’t mind much when chips were cheap & plentiful. I was happy to share but now we’re looking down the barrel of $12 for a serve of fuckall and honesty, I’ll break some of those mooching fingers if they try it. I will hospitalise em”

Luckily, spud king Tony Galati has vowed to step in to fill this gap in the market but won’t be pumping out chips until next year. In the meantime, we expect the pub landscape to quickly descend into a Mad Max-esque hellscape of every man or woman for their own when it came to their serve of crispy bois.